Will not let CAA be implemented in Assam: Rahul Gandhi

Congress leader Rahul Gandhi on Wednesday said that Congress will not let the Citizenship Amendment Act(CAA) be implemented in Assam if it comes to power in the state.

Kamrup: Congress leader Rahul Gandhi on Wednesday said that Congress will not let the Citizenship Amendment Act(CAA) be implemented in Assam if it comes to power in the state.

Addressing a rally at Pritipur ground in Chaygaon, the Congress</a> MP said, "CAA is an attack onAssam's history, language and brotherhood which is why we will not let it be implemented." 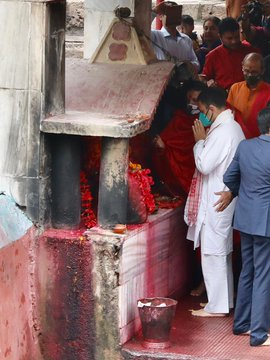 "When I had come to meet the family of Dipanjal Das (killed in Guwahati during anti-CAA protests in 2019) I felt that bullets were not fired at one youth, it was fired at the entire Assam, to murder Assam. He was not just a youth, he was an idea. He was "Assam," he said.

"He was a youth of Assam and the BJP government did not do what it was supposed to. They did not provide him employment and when he stood for Assam peacefully, he was shot dead by BJP-RSS. We give you 5 guarantees, the first is that we won't let CAA get implemented in Assam--the cause for which Dipanjal sacrificed his life," he further said.

"The second guarantee is that we will give employment to 5 lakh youth in Assam...PM Modi destroyed small and medium-sized businesses in Assam that was providing employment to the youth, with GST and Demonetisation, which is why we have put forward this guarantee, not only the public sector but we will revitalise the private sector," he added.

He also promised Rs 2,000 to each housewife and 2,000 units of free electricity to each Assam household.

"We will give Rs 2000 every month to every housewife in Assam. Two thousand units of free electricity will be given to each family. This is not like the fake promises of BJP such as the promise of Rs 351 as daily wage for tea garden workers" 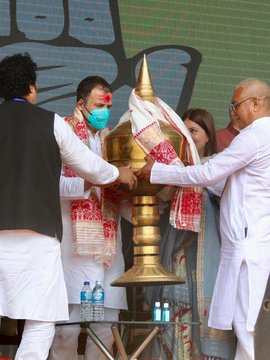 "I have not come here to lie to you. My name is not Narendra Modi. If you want to listen to lies - about Assam, farmers, about anything - then switch on your TV, look at Narendra Modi's face and listen to him as much as you want. He lies to India all 24 hours," he added.

People blessed us, BJP to retain power in Assam: Sonowal