Delhi is predicted to see a jump of two to three degrees Celsius in the maximum temperature on Wednesday. Read more on Dynamite News:

New Delhi: On the precipice of another punishing heatwave spell, Delhi is predicted to see a jump of two to three degrees Celsius in the maximum temperature on Wednesday.

The Safdarjung Observatory -- Delhi's base station -- had recorded a maximum temperature of 40.8 degrees Celsius on Tuesday.

It is expected to breach the 42-degree mark on Wednesday and soar to 44 degrees Celsius by Thursday, according to the India Meteorological Department (IMD).

The maximum temperature may even leap to 46 degrees Celsius in parts of Delhi, a Met department official said.

Northwest India has been recording higher than normal temperatures since March last week, with weather experts attributing it to absence of active Western Disturbances over north India and any major system over south India.

The region had got some respite last week due to cloudy weather due to the influence of a Western Disturbance over Afghanistan.

A yellow alert warning of a heatwave spell in the national capital starting April 28 has been issued.

The IMD said the heatwave could lead to "moderate" health concerns for vulnerable people -- infants, elderly, people with chronic diseases -- in affected areas.

"Hence people of these regions should avoid heat exposure, wear lightweight, light-coloured, loose, cotton clothes and cover the head by use of cloth, hat or umbrella etc," it said.

The city has recorded eight heatwave days in April this year, the maximum since 11 such days witnessed in the month in 2010. 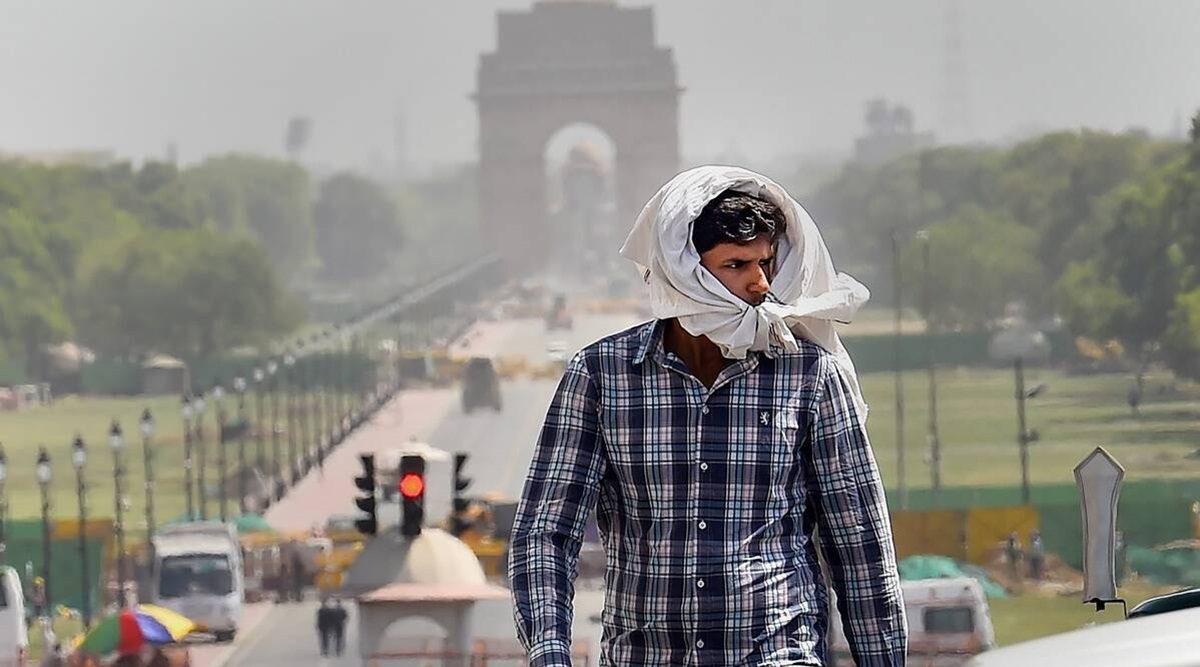 Delhi may see a partly cloudy sky, light rain, and a dust storm with winds gusting up to 50 kmph on Friday, which may provide a temporary respite.

For the plains, a heatwave is declared when the maximum temperature is over 40 degrees Celsius and at least 4.5 notches above normal.

A severe heatwave is declared if the departure from normal temperature is more than 6.4 notches, according to the IMD.

The weather department had earlier said that northwest India and adjoining parts of central India are likely to see more intense and frequent heatwave conditions in April.

India recorded its warmest March in 122 years with a severe heatwave scorching large swathes of the country during the month.

Parts of the country are also seeing wheat yields drop by up to 35 percent due to the unseasonal heat. (PTI)

Weather Update: Delhi on yellow alert; warning of a dust storm in the city