British singer Robbie Williams and Brazil legend Ronaldo got the 2018 World Cup in Russia under way with the opening ceremony in Moscow.

Moscow: British singer Robbie Williams and Brazil legend Ronaldo got the 2018 World Cup in Russia under way with the opening ceremony in Moscow. 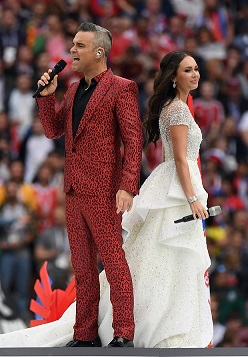 Williams performed a series of his hits, joined by Russian soprano Aida Garifullina, prior to the hosts' opening 5-0 victory over Saudi Arabia. Ronaldo dummied the opening kick, allowing a child to pass the ball to mascot Zabivaka.

Russian president Vladimir Putin then gave a speech at the Luzhniki Stadium. 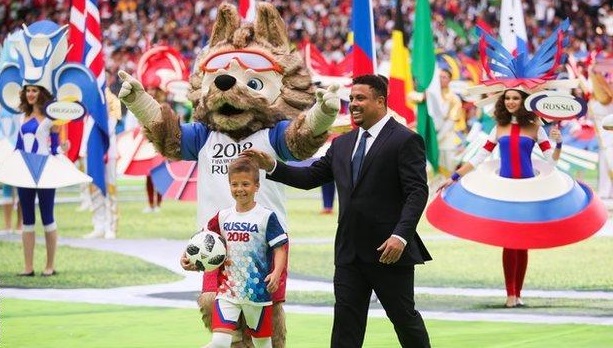 "We are sincerely happy to host the World Cup in our country," he said.

"Football is truly loved here. Russia is an open, hospitable and friendly country. 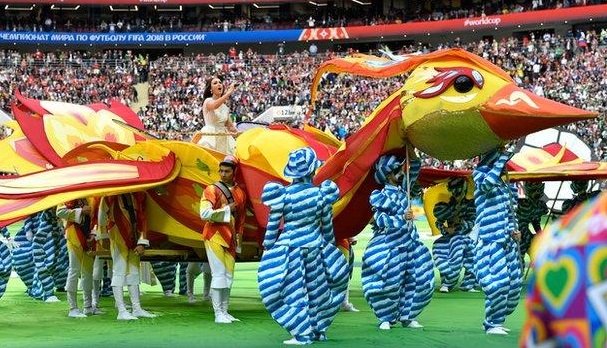 A large image of a football was overlaid on the pitch, with a stage in the centre, surrounded by dancers.

Former Real Madrid and Barcelona striker Ronaldo, who scored twice as Brazil beat Germany in the 2002 final and was part of the 1994 winning squad, walked out with a child wearing a Russia 2018 shirt. 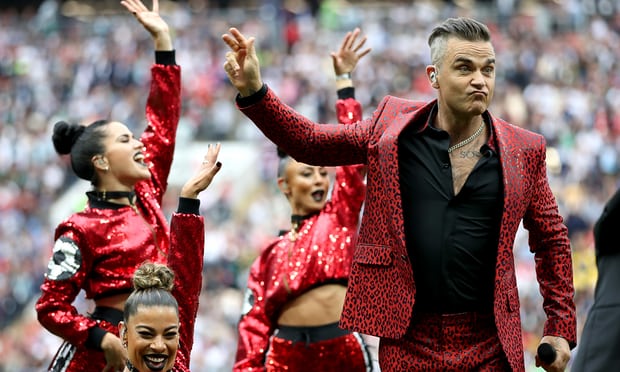 Former Take That singer Williams, wearing a red and black leopard print suit, then took over proceedings with a rendition of Let Me Entertain You, before Garifullina was carried out on to the pitch on the back of a 'firebird' float.

Williams sang a section of Feel before he and Garifullina performed a duet of Angels as performers emerged, dressed in the colours of the flags of all 32 teams and carrying a sign bearing the name of each nation. 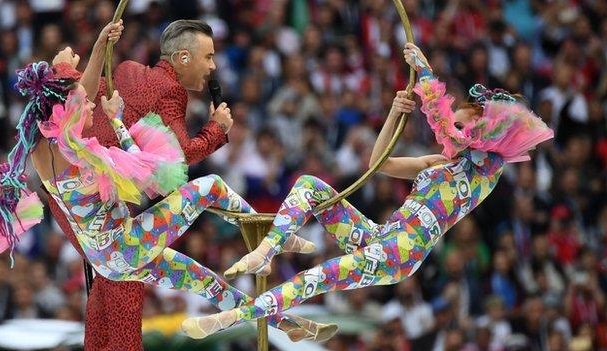 Ronaldo returned with the official ball, which was sent into space with the International Space Station crew in March and came back to earth earlier this month. He then shaped to take the opening kick but pulled out, inviting the child to pass it to Zabivaka, a brown and white wolf that is the official mascot of the tournament.

As the playing surface was cleared in time for kick-off, Williams closed with Rock DJ. 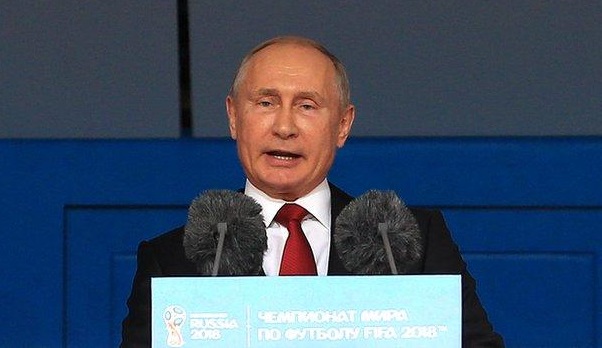 Putin addressed the crowd and the worldwide television audience in a lengthy speech, calling football a uniting force.

"Whatever traditions we hold, football brings us together in one single team and we are united by our affection for this spectacular and vibrant game," he said.

"I wish all the teams success and an unforgettable experience to fans. Welcome to Russia." 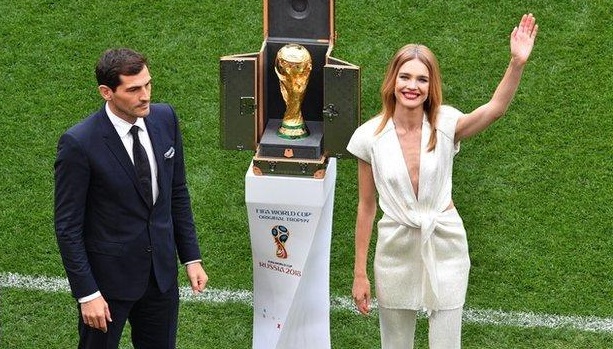 Russia has faced several controversies in preparing to stage the tournament including concerns over racism, problems with hooliganism and political tensions with the West.

In March, foreign secretary Boris Johnson likened the way Putin is promoting the World Cup in Russia to Adolf Hitler's notorious use of the 1936 Berlin Olympics. There was vocal support for Putin within the ground, with BBC Radio 5 live sports news correspondent Richard Conway reporting large sections of the crowd chanted, "Vladimir". 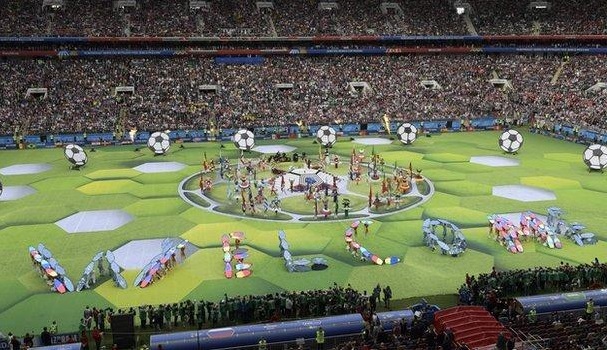