A 24-year-old man died on Thursday night after he was hit by the SUV of an MLA of Shikaripur in Karnataka.

Shikaripur: A 24-year-old man died on Thursday night after he was hit by the SUV of an MLA of Shikaripur in Karnataka.

The deceased, Suresh, was knocked down by the SUV in which B.Y. Raghavendra, former Karnataka chief minister B.S. Yeddyurappa's son, was travelling. The accident occurred near the Madapura Cross in the Honnali Taluk, when the MLA was heading towards Shikaripur.

The boy was a resident of the Madapura village in the district. Following the accident, hundreds of people gathered at the spot. 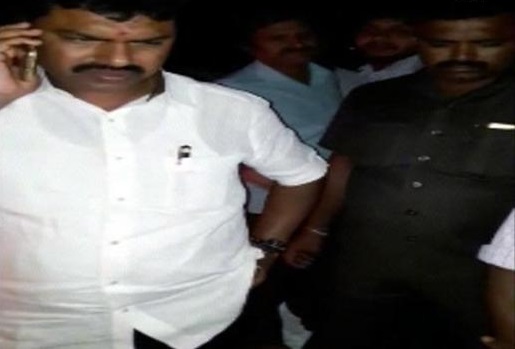 A complaint has been registered at the Nyamathi Police Station. (ANI)

Tension brews in K'taka Congress, as MLA confirms of legislators being unhappy

Karnataka crisis: No MLA has sought any appointment with me, says Speaker Kumar