UP Chief Minister Yogi Adityanath said that his government will provide complete support, if both the Hindus and Muslims communities agree to resolve the controversial Ram Temple issue.

Ayodhya: Uttar Pradesh Chief Minister Yogi Adityanath on Wednesday said that his government will provide complete support, if both the Hindus and Muslims communities agree to resolve the controversial Ram Temple issue.

"If both the community can find a solution on the Ram Temple issue, then the government is with them and will provide complete support. It was very nice to see that some Muslim community in Lucknow favoured the Ram Temple," Adityanath said while addressing a rally here on the occasion of 79th birth anniversary of Mahant Nritya Gopal Das.

He further said that time has come to discuss the issue of Ram Temple and should try to find a permanent solution as appealed by the Supreme Court. He even emphasised on the celebration of Ram Leela in the city. Training guns on the previous Samajwadi Party government in the state, he said, "The previous government didn't focus on Ayodhya." 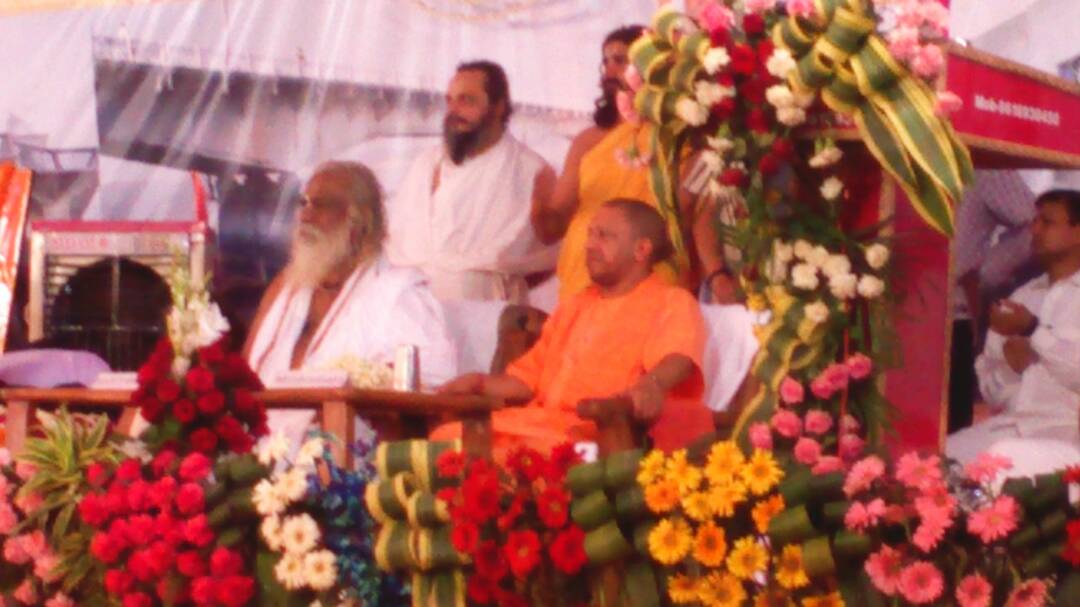 Apart from this, Adityanath vowed to provide LED streets light throughout Ayodhya and said that the ruling Bharatiya Janata Party (BJP) Government has decided to spend Rs. 350 crore for the development of the area. Earlier in the day, the Chief Minister offered prayers at Hunumangarhi Temple and even visited the bank of the Saryu River to offer prayers, after spending around 30 minutes at a makeshift Ram Janambhoomi-Babri Masjid complex.

Also read: Yogi Adityanath: A Government 'of the people' resides at Centre

Adityanath's visit comes a day after the crucial Babri Masjid hearing in which senior BJP leaders were slapped with charges of criminal conspiracy. This is Adityanath's first visit, post taking charge as the state's Chief Minister. Yesterday, he had paid a visit to BJP veterans Lal Krishna Advani, Murli Manohar Joshi and Uma Bharti, who had come to Lucknow to appear before a special Central Bureau of Investigation (CBI) court in the Babri Masjid demolition case.

Also read: UP Govt: Will correct anomalies in minority quota

In a major setback to Advani, Joshi and Uma, the court yesterday rejected their discharge application, framing charges against them and the other nine accused in the Babri Masjid demolition case.Charges of criminal conspiracy under section 120 (B) of the Indian Penal Code (IPC) have been framed. (ANI)