A man was arrested in Rohini for allegedly killing a person who had beaten him several times for playing cards.

New Delhi: A 32-year-old man was arrested in Rohini for allegedly killing a person who had beaten him several times for playing cards, police said Tuesday.

The incident took place on May 7 when Kuldeep, the victim, and his friend Sachin were going towards Mange Ram Park and they were stopped by five bike-borne men, Deputy Commissioner of Police (Rohini) S D Mishra said.

In his complaint, Sachin identified two of them as Sandeep and Chand.

He told police that Sandeep opened fire at Kuldeep following an argument between the two and fled from the spot with his men, the DCP said. 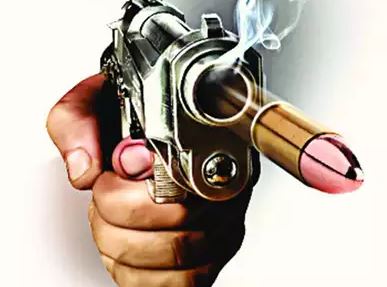 Based on a complaint lodged by Sachin, police registered a case and a trap was laid to arrest the accused.

Later, Sandeep was arrested from Sector 3 in Rohini, Mishra said.

During interrogation, Sandeep told police that Kuldeep used to beat him for playing cards in park and in order to take revenge, he shot at him.

Police have seized one country-made pistol and a live cartridge from Sachin's possession.(PTI)