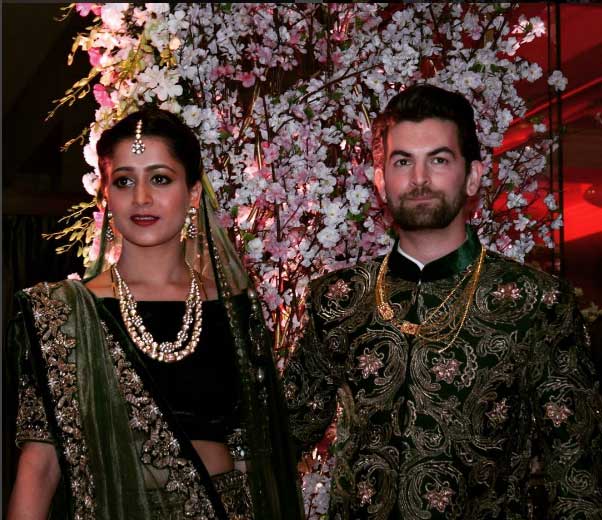 Dressed in Manav Gangwani attire, Neil and Rukmini chose to be colour co-ordinated and looked like a royal couple

After a big fat Indian wedding in Udaipur on February 9, Neil Nitin Mukesh and Rukmini Sahay hosted a grand wedding reception on 17 February, which was attended by the who's who of Bollywood. 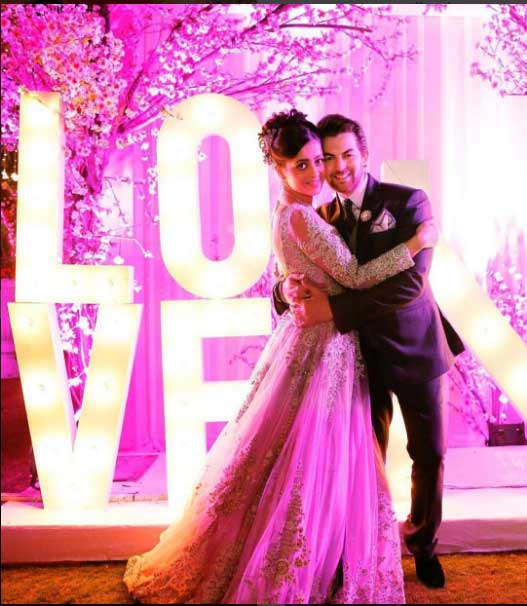 Sahay was seen in a mauve lehenga with silver embellishments, Mukesh picked a black suit which he paired with a grey waistcoat, mauve shirt and a solid blue tie. 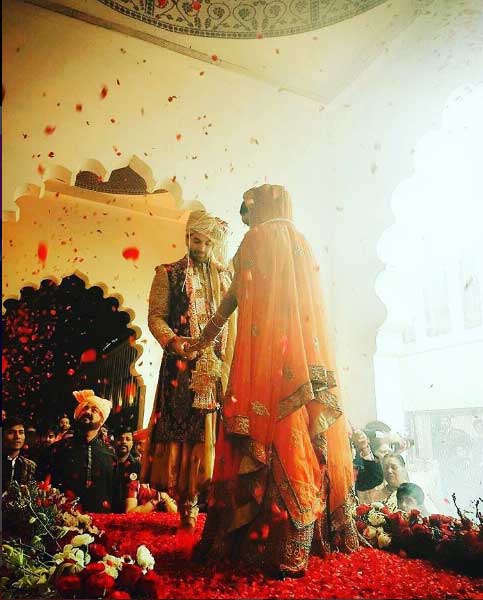 The wedding ceremony of Neil and Rukmini

Inspired by a colourful ethnic decor, crepe drapes in pink orange and yellow contrasts brought the venue alive against the majestic backdrop of Sajjangarh Fort perched atop the Aravalli Range. 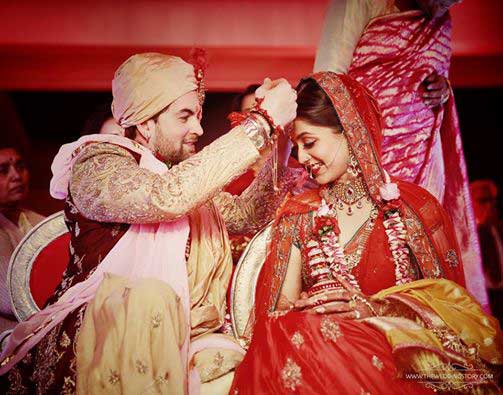 The vermilion of commitment

Neil Nitin met his fiancé Rukmini through his parents. 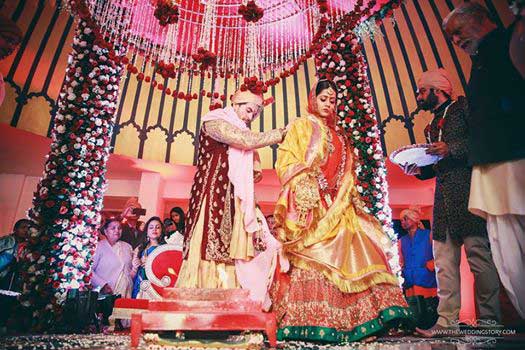 The ritual of seven steps and vows in presence of fire

The varmala was solemnized in a failmy way, with a hydraulic stage that rotated as the couple exchanged garlands. Petals of 100kg desi gulab were showered on the couple. 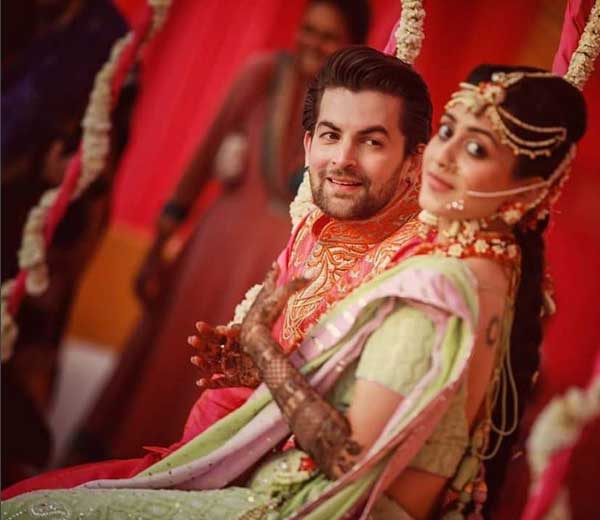 The couple made a pretty picture as they colour co-ordinated their attire with the decor and one another.

Rukmini looked every inch of the flawless beauty in her deep brown mehendi that adorned her hands and floral jewellery framing her petite structure. 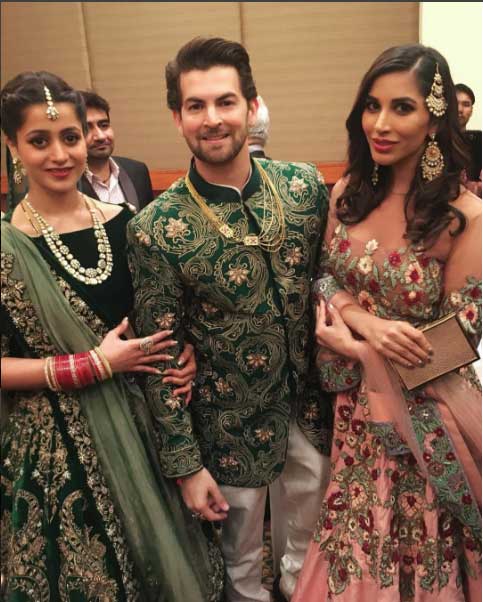 Sophie Choudry was spotted in a floral Manish Malhotra lehenga. The actress complemented the look with heavy jewellery - a jhoomar and statement earrings. Given the heavy work on the choli, we would have preferred if she would have gone easy on the accessories. 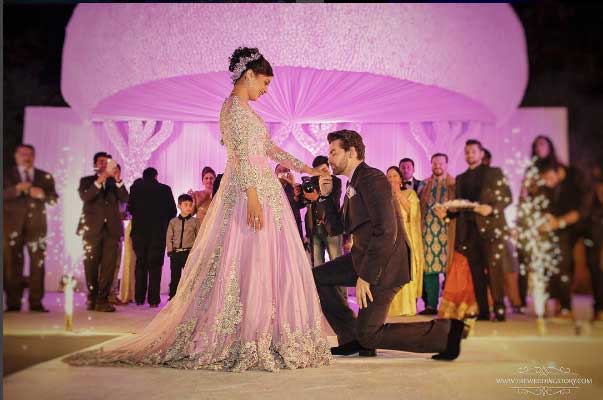 All of my Love

Neil’s father, singer Nitin Mukesh, played emcee for the evening. The function started with Neil’s grandfather Mukesh’s famous song ‘Ek Pyaar Ka Nagma Hai’ being played in the background. In the presence of family and friends, the young couple exchanged rings. The couple then got the party started by popping the champagne and cutting into a large two-tiered cake with golden roses adorning it. Neil then led his bride-to-be on the dance floor where they grooved to the latest Bollywood tracks and also engaged in selfie sessions with their guests.

Deepika-Ranveer get hitched in Konkani tradition

SAVE THE DATE! Ranveer weds Deepika on...??

Check out snaps! Deepika-Ranveer leaves for their wedding destination