Uttar Pradesh Chief Minister Yogi Adityanath Tuesday termed the Congress' minimum income scheme a poll "gimmick" and accused it of obstructing the construction of a Ram temple in Ayodhya.

Gorakhpur: Uttar Pradesh Chief Minister Yogi Adityanath Tuesday termed the Congress' minimum income scheme a poll "gimmick" and accused it of obstructing the construction of a Ram temple in Ayodhya along with the SP and BSP.

"Earlier too the Congress party had given the slogan of 'garibi hatao'. The announcement of a minimum (annual) wage of Rs 72,000 (too) is nothing but a gimmick," said Adityanath, addressing a "Vijay Sankalp Rally" here.

On Ram temple, Yogi said, "The Congress, Samajwadi Party and BSP are the biggest hurdles in construction of the Ram temple. An army of advocates was brought to the fore by the Congress (to obstruct the construction)."

Kapil Sibal moved an application in the Supreme Court to see that the hearing in the case does not take place before 2019 elections, he added.

"There is a family which starts remembering Lord Ram when elections draw closer but sit in temples in the posture of offering namaz," the chief minister said, apparently referring to an incident involving a gandhi family member.

"These people visit places to show disrespect to great men. They offer garlands worn by them to the statue of Lal Bahadur Shastri," he added, without taking names.

"While the Congress serves biryani to terrorists, the BJP feed them bombs," he added.

Adityanath also compared the achievements of previous governments with those of the Modi government and his own in two years, claiming the BJP government did much better. 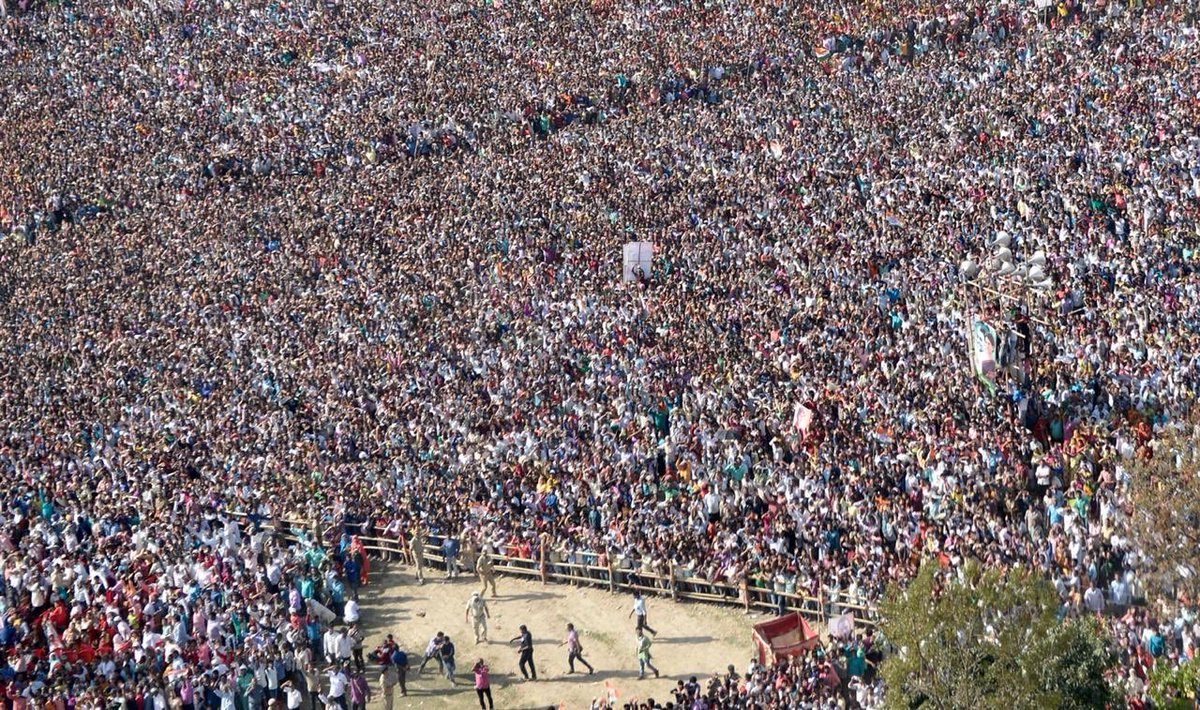 He also attacked the previous governments on the issue of corruption and asserted that due to Prime Minister Modi, an All India Institute of Medical Sciences was being built in Gorakhpur and a fertiliser plant, closed for 26 years, was revived here.

He reminded people that though they would be voting for Lok Sabha candidates, they would be choosing a prime minister, appealing to them to pick Modi again.(PTI)