All private and government schools in Delhi and National Capital Region (NCR) reopened on Monday days after being closed due to the rise in pollution levels.

New Delhi: All private and government schools in Delhi and National Capital Region (NCR) reopened on Monday days after being closed due to the rise in pollution levels.

Arvind Kejriwal-led Delhi government had announced that all private and government-run schools in the national capital will remain closed until November 15 due to the deteriorating air quality in the city.

The Environment Pollution (Prevention and Control) Authority (EPCA) had also directed schools in Delhi and NCR to remain shut until November 15, as the air quality plummeted to the 'severe' category. 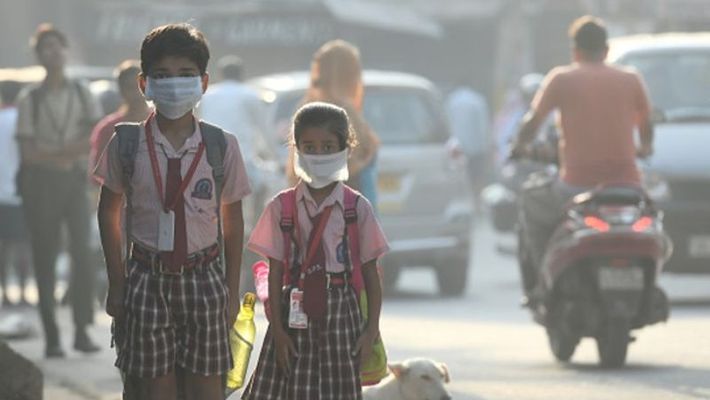 People experience better air quality today morning as the Air Quality Index (AQI) data by the Central Pollution Control Board (CPCB) in the RK Puram area was at 184-in 'Moderate' category. On Sunday the overall air quality in Delhi continued to remain in the 'very poor' category for the second consecutive day, according to System of Air Quality and Weather Forecasting And Research (SAFAR). The overall Air Quality Index (AQI) in the national capital was recorded at 365 which falls under the 'very poor' category.