While Ajay Devgn and Rakul Preet's remarkable on-screen chemistry is the highlight of the song, Tabu's expressions are priceless. 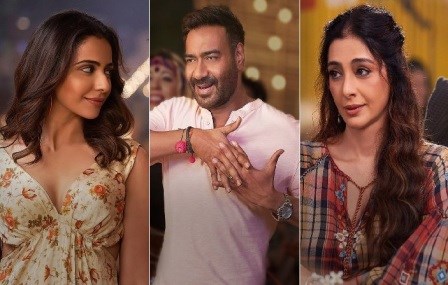 This is the first song where the fans can catch a glimpse of the entire cast including Jimmy Shergill, Alok Nath, Madhumalti Kapoor and many more.

Rakul Preet is seen in a floral beige dress with a brown bomber jacket grooving on the peppy track. Ajay Devgn is also seen rocking in a pink short kurta. 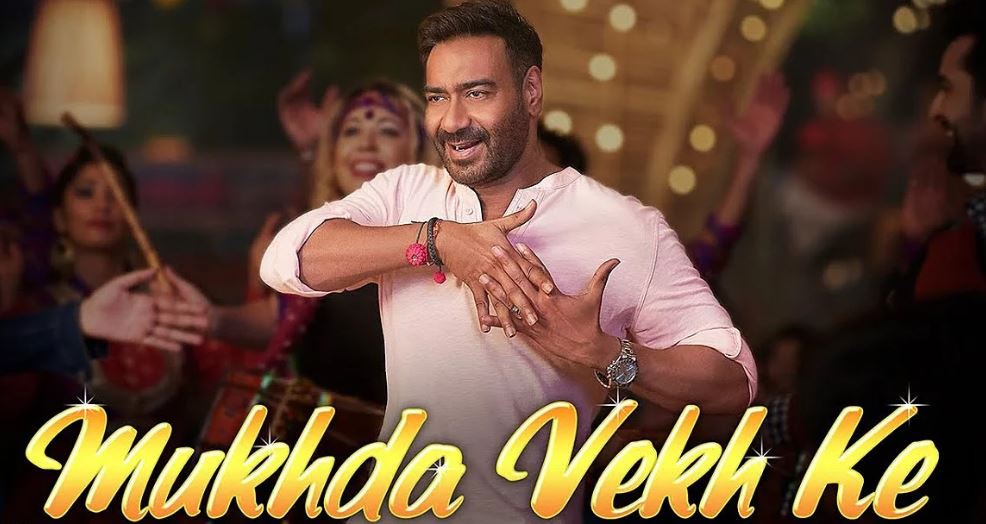 The song, penned by Kumaar and composed by Manj Musik, has been voiced by Mika Singh and Dhvani Bhanushali.

This is the fourth song released by the makers so far. Earlier, they released 'Hauli Hauli', 'Tu Mila To Haina' and 'Chale Aana'. 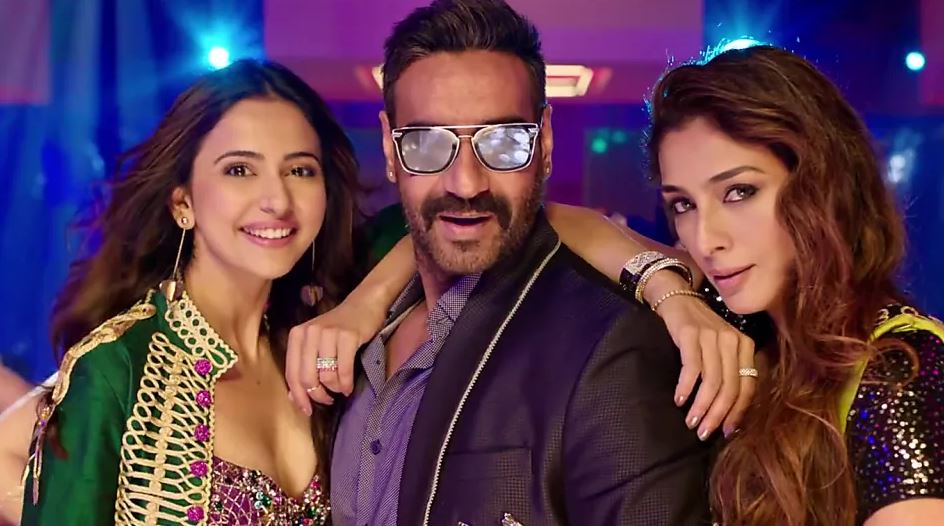 The trailer of the film released earlier in April shows Devgn's character Ashish, who is 50, falling for Rakul's character Ayesha, who is just 26 years old.

The 'Golmaal' actor will be seen portraying a divorcee with two children who are as young as Rakul's character. Tabu is playing the role of Ajay's ex-wife.

The poster of the film which released on March 22 caught the attention of the viewers because of Ajay's iconic leg split. 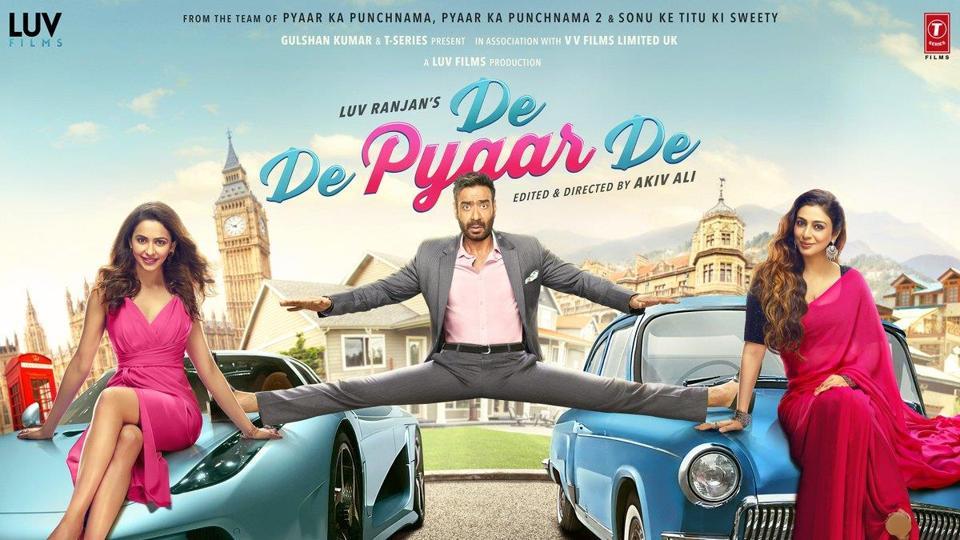 Directed by Akiv Ali, 'De De Pyaar De' is scheduled to hit the big screens on May 17 this year.

Apart from this film, Ajay will soon be seen in 'Bhuj: The Pride of India' playing the role of Squadron leader Vijay Karnik, who was in charge of the Bhuj airbase during the 1971 Indo-Pak war.