Anupam Kher: Removal of Article 370 will solve all issues of Kashmir

"Removal of Article 370 is the solution to all problems of Kashmir," said actor Anupam Kher.

Kanpur: "Removal of Article 370 is the solution to all problems of Kashmir," said actor Anupam Kher.

During a brief media interaction in Kanpur on Monday, Kher was asked if he thinks BJP will work for the Kashmiri Pandits now that it is in power, to which he asserted that all the issues in Kashmir can be resolved if Article 370 is removed.

Kher, a Kashmiri Pandit himself, has regularly voiced his opinions and concerns when it comes to the prevailing issues that affect the valley. 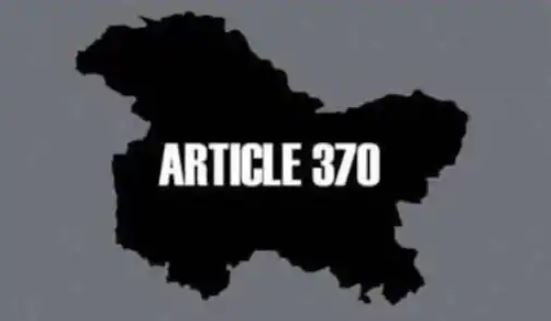 The BJP, in its manifesto for 2019 Lok Sabha polls, reiterated its demand for abrogation of Article 370 and Article 35A of the Constitution which are provisions specific to Jammu and Kashmir.

Article 370 grants special autonomous status to Jammu and Kashmir, while Article 35A, incorporated into the Constitution in 1954, provides special rights and privileges to the citizens of the state.

Also Read: Azad- Dialogue with all stakeholders can solve J&K crisis, 370 to stay, will review AFSPA

When asked to comment on BJP's mandate in the recent Lok Sabha elections, Kher said, "The whole country is in favor of the Modi government. It is not a small majority, it is a huge mandate. The opposition should now quietly let this government work."

Kher had campaigned extensively for his wife and BJP leader Kirron Kher, who won the Chandigarh Lok Sabha seat for a second term. (ANI)

Rajinikanth: Will take decision soon on possible entry to politics