The family flew to England in June for the World Test Championship (WTC).

Anushka shared a few pictures from the celebration and wrote, "Her one smile can change our whole world around ! I hope we can both live up to the love with which you look at us, little one. Happy 6 months to us three." 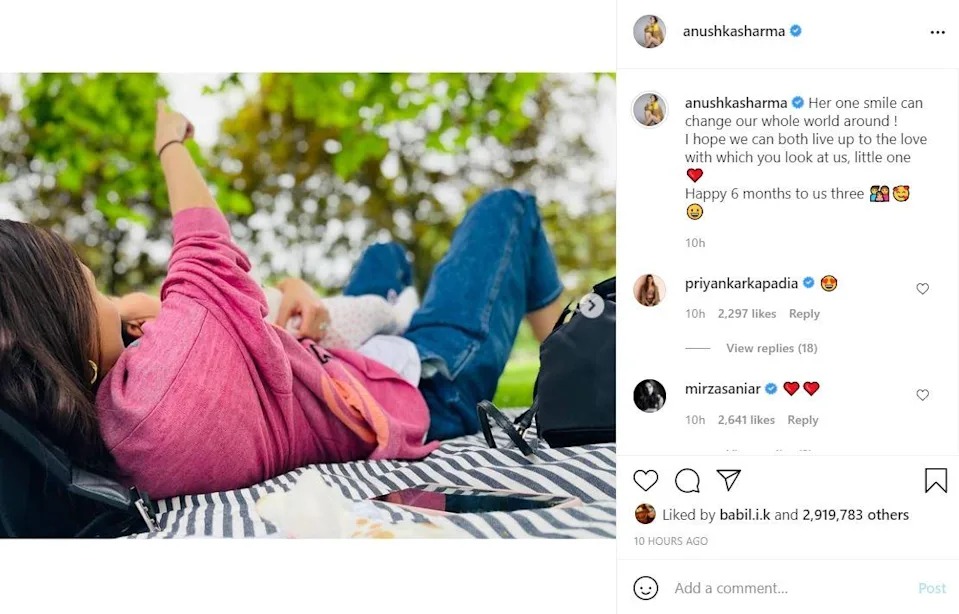 The second picture shows Virat hugging the little one. Vamika is seen wearing a pink and peach striped frock with pink boots.

The 'Sultan' actor also shared a picture of the cake, decorated with flowers.

Virat and Anushka had welcomed their daughter at Mumbai's Breach Candy hospital on January 11. Last year in August, the couple had announced that they were expecting their first child in January 2021. 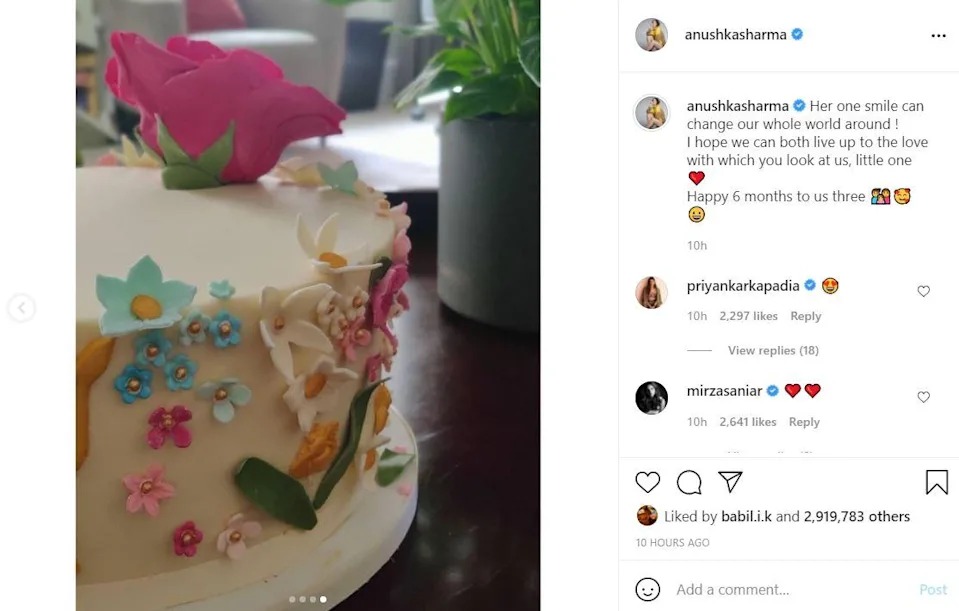 Anushka's first post about her daughter was when the couple decided to share her name with the world.

The duo got married in a fairytale wedding which was only attended by the couple's family and friends on December 11 in 2017. Post their nuptials in Italy, the couple hosted grand receptions in Delhi and Mumbai.

The couple had reportedly first met on the sets of a commercial and dated for four years before getting hitched. 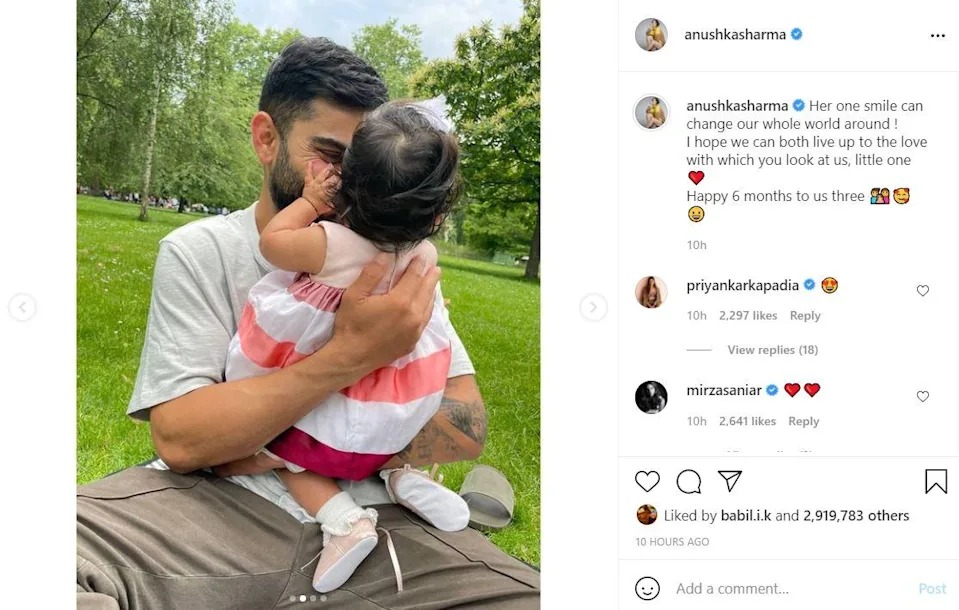 Anushka Sharma, Virat Kohli appeal to paparazzi not to click their daughter's picture