Jakarta: India kicked off the fourth day of the ongoing 18th edition of the Asian Games on a promising note as Indian shooter Saurabh Chaudhary bagged a gold medal in the 10m air pistol event here on Tuesday.

Abhishek Verma, the other Indian in the fray, settled for a bronze medal in the same event. 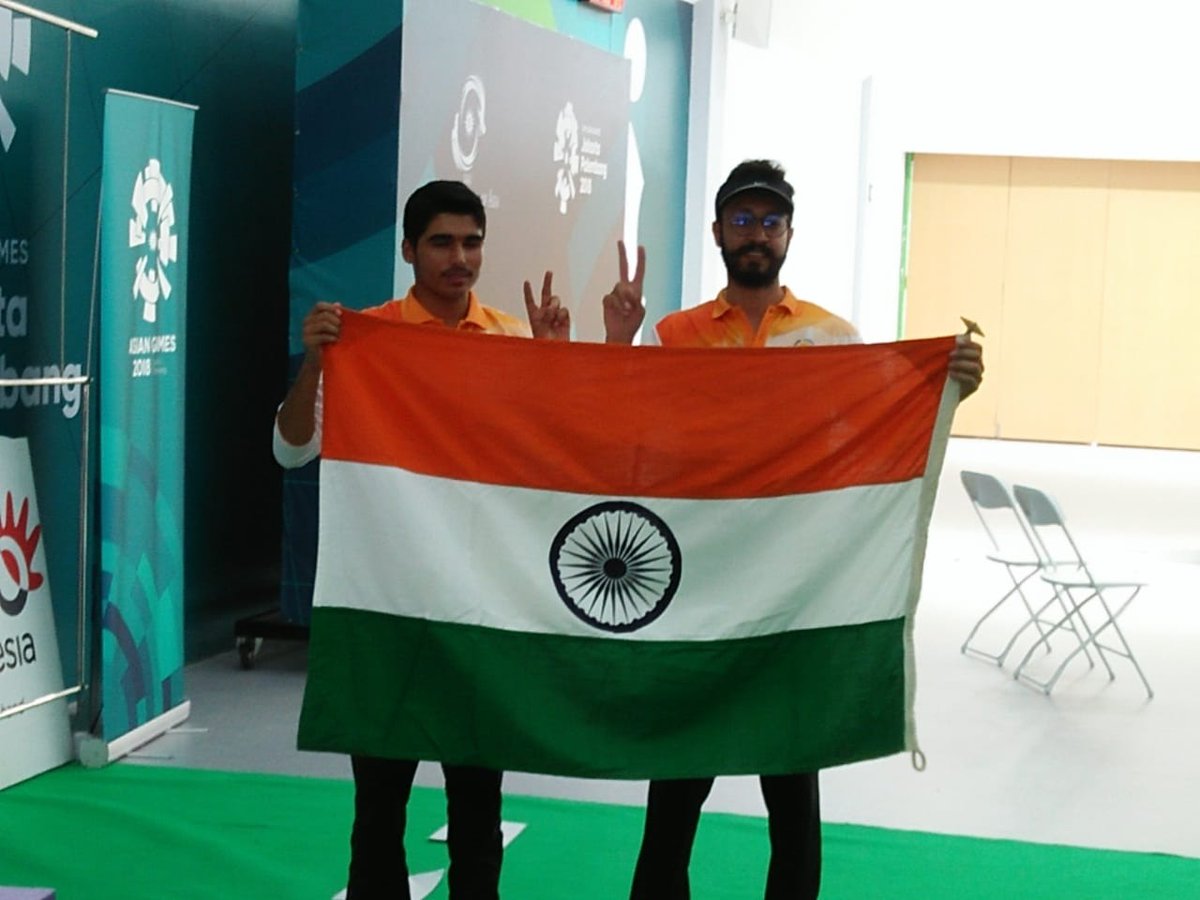 While Chaudhary topped the score chart by posting 240.7 points, Abhishek Verma claimed the third position with a total score of 219.3 points. Tomoyuki Matsuda of Japan finished second on the podium with 239.7 points.

Also Read: Neeraj Chopra looking to give his absolute best in Asian Games

Enroute to the top position, 16-year-old Chaudhary also set an Asian Games record of scoring the highest number of points at the event.

Uttar Pradesh Chief Minister Yogi Adityanath announced a cash reward of Rs 50 lakh for Chaudhary, who hails from the state.

In a separate sporting event, Indian rower Dattu Bhokanal qualified for the final of the men's singles event of the prestigious quadrennial event.

Dattu booked his place in the summit showdown of the men's single sculls after topping the Heat 1 of the repechage round with a timing of 7:45.71 minutes.