'Atrangi Re': Sara, Akshay, Dhanush to start shooting for second schedule in October

The film went on floors in March this year before the nationwide lockdown was imposed. While the film's first schedule took place in Varanasi, makers have now planned to begin the second shoot schedule of 'Atrangi' Re from October.

Taking note of the increasing coronavirus cases in the country, Rai and the entire team decided to not resume the shoot immediately for everyone's safety.

About the upcoming schedule, which will last for three months, film's star cast will be shooting in three different locations including Madurai in October followed by Delhi and then Mumbai in the following months. It has also been told that the Delhi and Mumbai schedule with the 'Rowdy Rathore' star Akshay will be continuous and will continue to be shot for more than a month.

This is the first time Aanand will be directing Akshay and reportedly, the ' Khiladi 786' actor will be bringing something new and never seen before for the audiences. 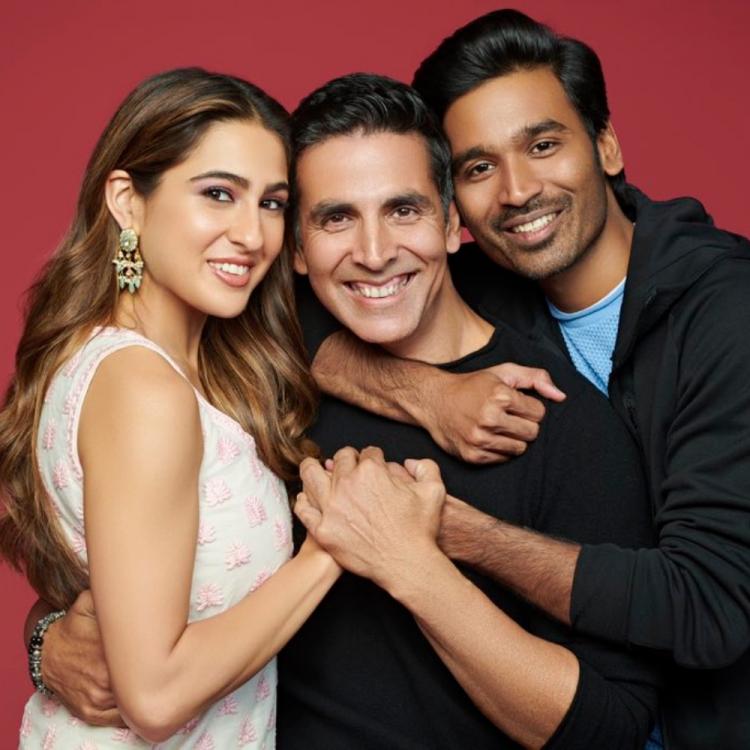 The 'Housefull 4' actor termed the role close to his heart. He said this is "a special role that my heart just couldn't say no to".

Commenting on the same, Rai said, "During this lockdown, I've taken out a lot of time to prep up for the upcoming schedules of Atrangi Re. I'm really excited to start the next schedule, which is planned to happen in Madurai October onwards and then with Akshay for a month in Delhi and Mumbai, with all the safety precautions of course."

'Atrangi Re' marks the first film, in which the trio of Sara Ali Khan, Akshay Kumar and Dhanush will be seen sharing the screen space.

The AR Rahman musical film, which is helmed by Rai and produced by Bhushan Kumar's T-series is written by Himanshu Sharma.