Firefighters in Australia warned on Tuesday they would not be able to contain some of the 100 fires still ablaze in the country before conditions are expected to deteriorate later this week.

Sydney: Firefighters in Australia warned on Tuesday they would not be able to contain some of the 100 fires still ablaze in the country before conditions are expected to deteriorate later this week.

Temperatures across parts of the eastern state of New South Wales (NSW) are expected to top 40 degree Celsius (104 Fahrenheit) on Wednesday, just shy of a record high for Australia’s most populous state. 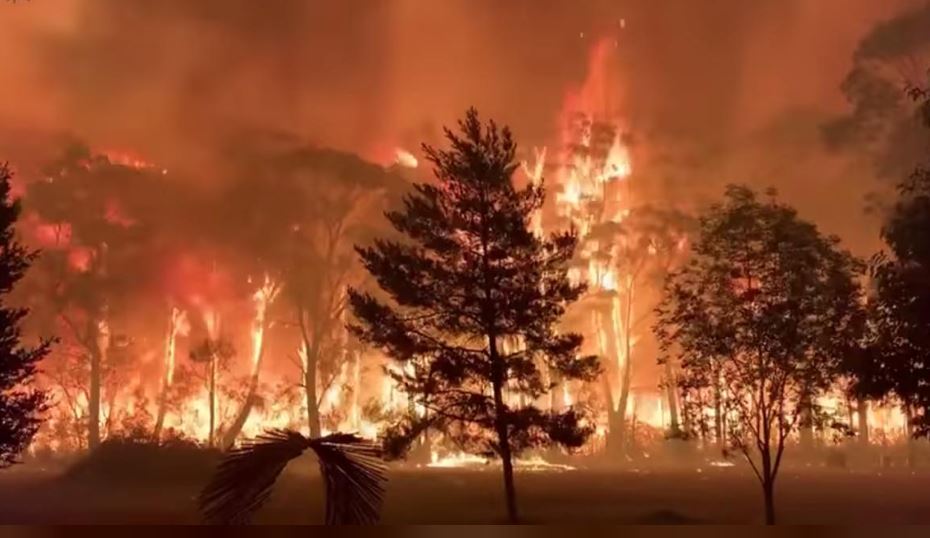 “People should be under no illusion, we won’t contain the fires by the time the weather deteriorates later this week,” NSW Rural Fire Service deputy commissioner Rob Rogers told Australia’s Channel 9.

“People need to brace themselves in those areas for what’s potentially to come.”

Firefighters are battling more than 120 fires across NSW, including a 60 km (37.2 miles) firefront northwest of Sydney, one many of that have been burning since November. 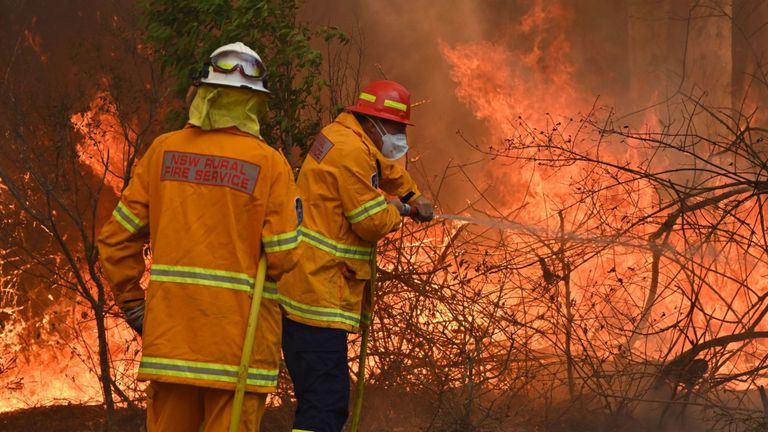 While the bulk of the blazes have been concentrated across Australia’s east coast, hot weather has ignited firefronts in other parts, stretching authorities to the limit.

Escalating wildfires threaten to blanket Sydney - home to more than 5 million people and better known for its clear skies and blue harbor - in smoke and ash again.

Haze in recent weeks had turned Sydney’s daytime sky orange, obscured visibility and prompted many commuters to wear breathing masks as air quality plunged to hazardous levels not previously seen in the city. 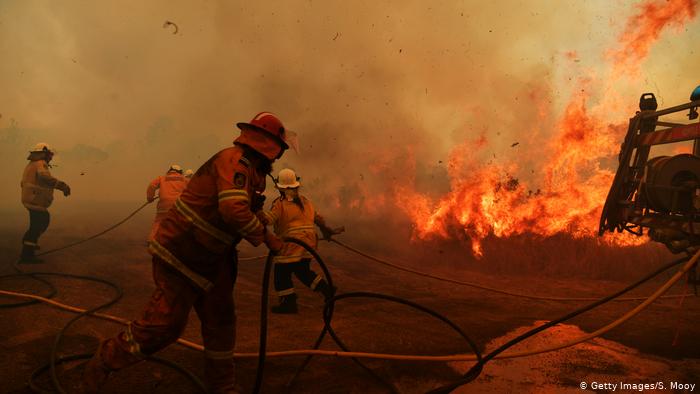 Bushfires are common in Australia’s hot, dry summers, but the ferocity and early arrival of the fires last month in the southern hemisphere spring is unprecedented. Experts have said climate change has left bushland extremely dry.

The crisis has also put pressure on Prime Minister Scott Morrison, who critics say has not done enough to address the impact of climate change.

Morrison has defended his government’s policies, but some former firefighters chiefs say Australia must abandon its existing strategy that puts the main responsibility for extinguishing blazes in the hands of state and territory governments.

“Business, as usual, doesn’t work and we need a roundtable to get that sort of thinking with all agencies involved,” Peter Dunn, former Emergency Services Authority commissioner in the Australian Capital Territory, told reporters in Sydney. (Reuters)