The Supreme Court on Thursday directed the mediation panel in the Ayodhya land dispute case to submit a detailed report by July 25.


New Delhi: The Supreme Court on Thursday directed the mediation panel in the Ayodhya land dispute case to submit a detailed report by July 25.

An application for an early hearing was filed by Rajendra Singh, son of one of the original plaintiffs -- Gopal Singh Visharad, saying no progress has been made in the mediation ordered by the apex court to find an amicable settlement to the land dispute.

During today's hearing, K Parasaran, senior lawyer for the applicant, argued that the mediation process is unlikely to yield any positive result. 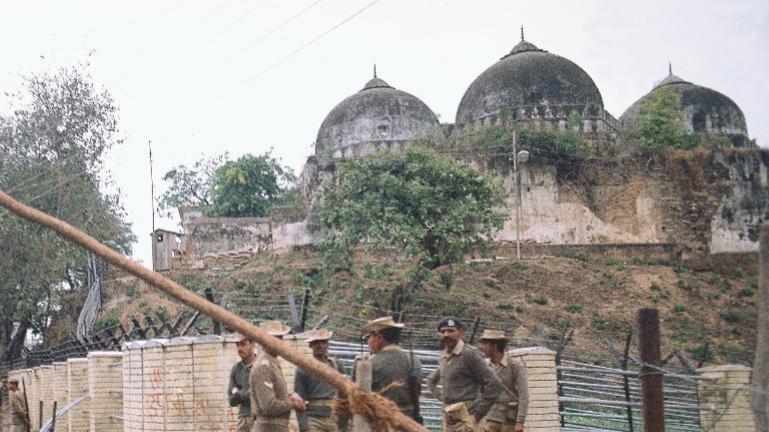 "Since mediation is unlikely to bring any positive result, the court should give a date for a hearing in the case," Parasaran submitted.

However, the counsel for the Muslim parties contested the stand of the petitioner.

Senior lawyer, Dr Rajeev Dhavan, appearing for one of the Muslim parties, said, "This is not the time to criticise the mediation committee." The court had on March 8 constituted a three-member panel, chaired by former Supreme Court judge Fakkir Mohamed Ibrahim Kalifulla, for exploring possibilities of an amicable settlement to the land dispute.

The panel also comprised Sri Sri Ravi Shankar and senior Madras High Court advocate Sriram Panchu. On May 10, the court had given time till August 15 to the panel to find a solution to the dispute. (ANI)