Ayushmann Khurrana, who will play his quirkiest character till date in upcoming film 'Dream Girl,' shared a fresh-from-the-oven love melody 'Ik Mulaqaat' from the flick which stars Nushrat Bharucha as the female lead.

New Delhi: Ayushmann Khurrana, who will play his quirkiest character till date in upcoming film 'Dream Girl,' shared a fresh-from-the-oven love melody 'Ik Mulaqaat' from the flick which stars Nushrat Bharucha as the female lead.

The song which features Ayushmann along with the leading lady Nushrat is all about the couple falling head over heels for each other. Taking the viewers to the ghats of Banaras, the song captures some of the amazing views of the city. This melodious song crooned by Palak Muchhal, Meet Bros and Altamash Faridi is sure to soothe your soul. The number perfectly captures the awkwardness, shyness, and excitement of going on a first date. The couple is seen traipsing through the narrow alleyways of a colorful bazaar, sharing some sweet moments with each other.

Ayushmann who recently received a National Film Award is seen going crazy after his lady love, so much so that he tries to click pictures of Nushrat secretly and even turns religious for her. The most beautiful moment in the song is when Ayushmann proposes Nushrat in the middle of a river and makes the moment more special by decorating the area with red roses. 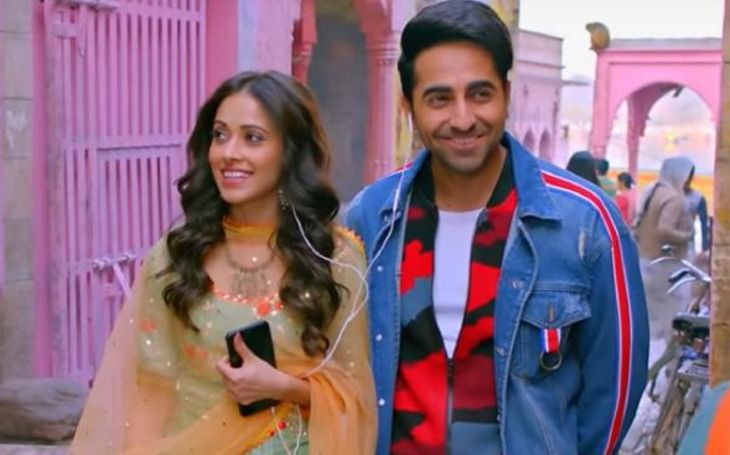 The 'Vicky Donor' actor shared the song on his Twitter handle on Tuesday.

Apart from the love track, the makers have also released some peppy songs like 'Dil Ka Telephone,' 'Dhagala Lagali' and 'Radhe Radhe' which are creating a buzz among fans.

Time and again, Ayushmann has been proving his mettle with the versatility in his roles and the upcoming comedy comes after Ayushmann's 'Article 15' which was loosely based on the infamous Badaun rape case. The trailer of 'Dream Girl' which dropped a few days back also featured Anu Kapoor as Ayushmann's father. Bankrolled by Ekta Kapoor, the film is being helmed by Raaj Shaandilyaa and is slated to hit the big screens on September 13.

The 'Andhadhun' star will next be seen in 'Bala' alongside Yami Gautam and Bhumi Pednekar and 'Gulabo Sitabo' opposite megastar Amitabh Bachchan. (ANI)