Police personnel in Bihar will now be liable to pay double the penalty levied on civilians under the new Motor Vehicles Act on violating traffic rules.


Patna: Police personnel in Bihar will now be liable to pay double the penalty levied on civilians under the new Motor Vehicles Act on violating traffic rules.

In an order dated September 9 from Police transport headquarters, the police personnel have been directed to wear a helmet while riding two-wheelers and wear the seat belt in four-wheelers.

"If any police personnel is found driving a two-wheeler without a helmet or driving a car without a seat belt then as per directions, they will be penalised double the fine charged on civilians," the order stated. 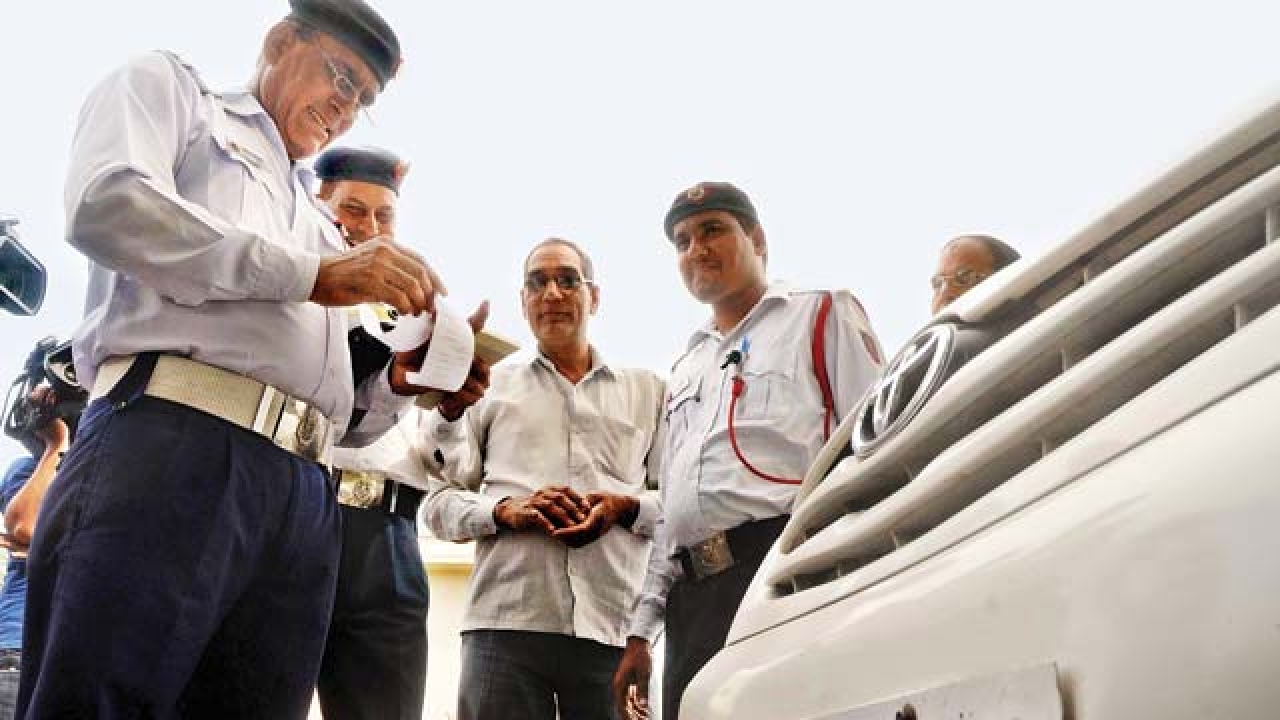 The order further clarified that the penalty will have to be given by police personnel out of their own expense and the department will not liable to pay it.

In another order by the Bihar government, all district transport officials were directed to ensure the increase in the number of people wearing helmets on the roads which currently stands at 38 per cent.

"Special action must be taken this week for helmet inspection on the roads to increase the number of two-wheeler riders wearing helmets. Police officers and personnel shall be involved in this exercise," the order read.

The new Motor Vehicles Act has brought about an increase in penalties for traffic violations. The new provisions of the Motor Vehicles Amendment Act 2019 were issued last month and it was implemented in many states of India from September 1. (ANI)

Top 10 Latest of the day: Entertainment, Uttar Pradesh and Bihar

Top 10 Latest of the day: Entertainment, National and International