JDU says that RCP Singh, while in the party, transferred unaccounted property worth crores of rupees to himself and his family. Read more on Dynamite News:

Patna: JDU has accused former Union Minister RCP Singh of creating unaccounted wealth in the name of himself and his family while in the party. The party state president Umesh Singh Kushwaha has issued a notice and sought a reply from him.

JDU says that RCP Singh, while in the party, transferred unaccounted property worth crores of rupees to himself and his family. Bihar JDU President Kushwaha has sent a show-cause notice to RCP Singh, seeking his reply on the huge assets and irregularities. With this notice of JDU, there is a political ruckus in Bihar. 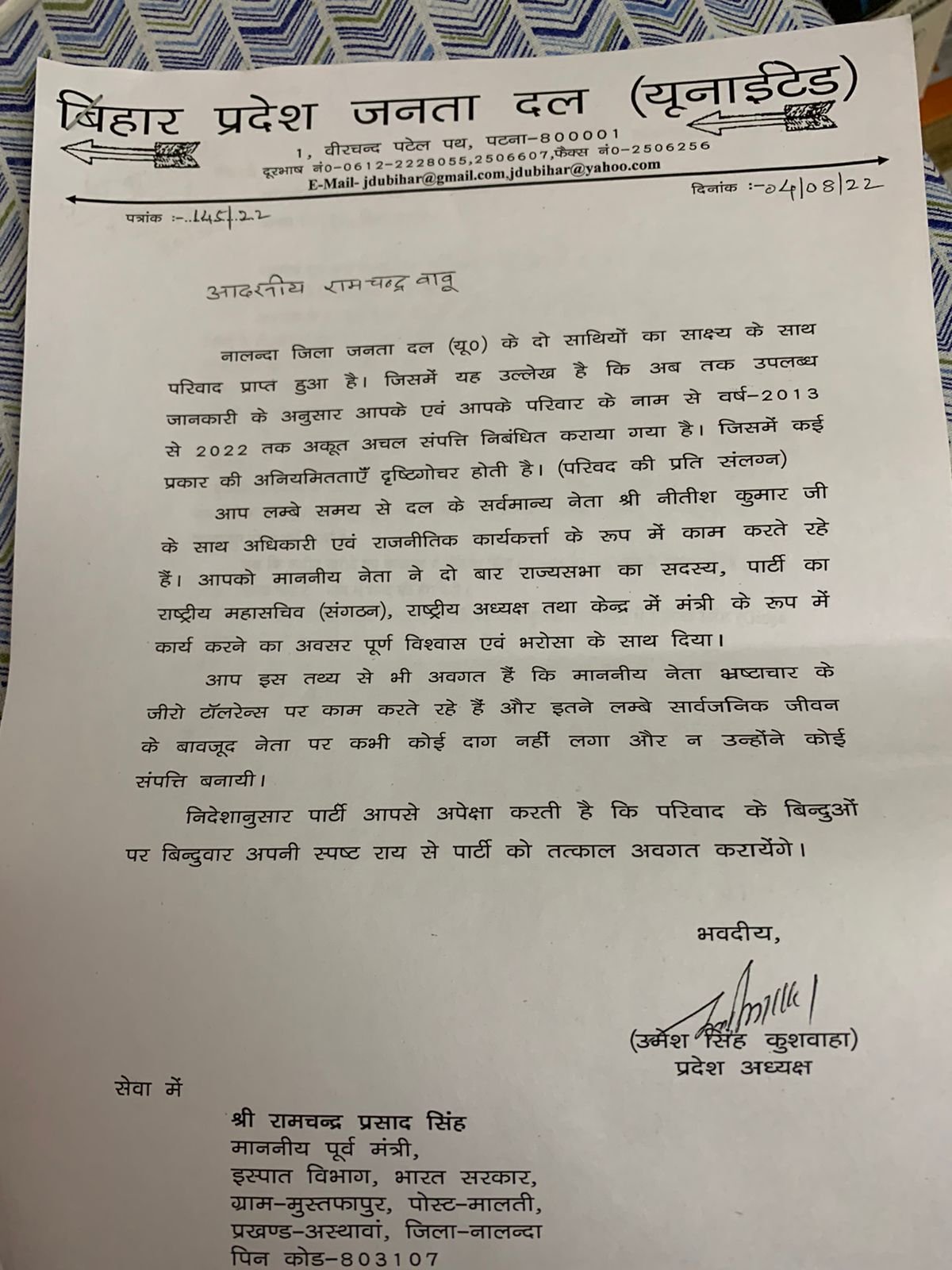 In the post written by the state president to RCP Singh, it has been said that two JDU leaders from Nalanda district have complained against him with evidence. It said that RCP Singh got the immovable property registered in the name of him and his family between 2013 and 2022. There are many irregularities in this.

RCP Singh, who was the National President of JDU, has been having bad relations with the party high command for a long time. For this reason, he did not get a Rajya Sabha ticket and then had to lose the post of Union Minister. At present, RCP Singh does not hold any post in the party and the government. Now the JDU leadership has made serious allegations against him.

Bihar: Nitish may take oath as CM on Monday

Nitish Kumar seeks to allay CAA fears: Nobody has power to throw anybody out of country