Marvel is all set to continue its blockbuster success with upcoming 'Black Panther', because the Ryan Coogler directorial is already breaking records before it has even hit cinemas.

Los Angeles: Marvel is all set to continue its blockbuster success with upcoming 'Black Panther', because the Ryan Coogler directorial is already breaking records before it has even hit cinemas.

According to the Hollywood Reporter, ticket site Fandango reports that it has smashed the ticket site's record for Marvel movie presales in a film's first 24 hours.

Also Read: Jennifer Lopez to guest star on 'Will and Grace'

The movie opened for advance ticket sales at the start of the week, and has already overtaken previous top-seller 'Captain America: Civil War'.

Fandango Editor Erik Davis said in a statement, "Black Panther is riding an incredible wave of momentum right now. It's one of the biggest and most anticipated movies to ever open in the month of February, and its trailers have electrified the Internet. Tickets have been going fast ever since presales started on Fandango late Monday."

Actress Lupita Nyong'o, who plays Nakia in the movie, posted a video to her Instagram account in which she hyped Black Panther's pre-sales record and even said she'd had difficulty securing tickets for herself. 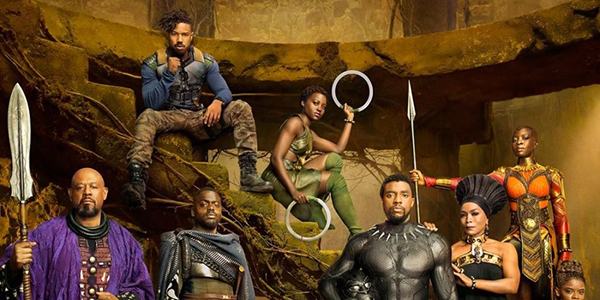 The movie is the first standalone film to focus on the titular character, the superhero alias of King T'Challa of the fictional country Wakanda, portrayed by actor Chadwick Boseman.

The cast also includes Michael B. Jordan, and Angela Bassett in pivotal roles.

The flick is set to hit theatres on February 16. (ANI)

'Loki' series to be directed by Kate Herron