New Delhi: With polling commencing for the 227 municipal wards in the Brihanmumbai Municipal Corporation (BMC), B-town celebs also stepped out to cast their vote.

From John Abraham to Ranveer Singh, stars even posted their pictures on social media confirming their ballot.

John posted a picture on his Twitter handle where he is seen casting his vote. He wrote alongside, "Cast your vote..I cast mine!! #BMCElections2017"

Anushka Sharma, who began her day by casting, took to Twitter to urge people to vote. She wrote, "Started my morning by casting my vote.Voting is our duty towards our country & its progress.Pls go out&vote #VoteKarMaharashtra 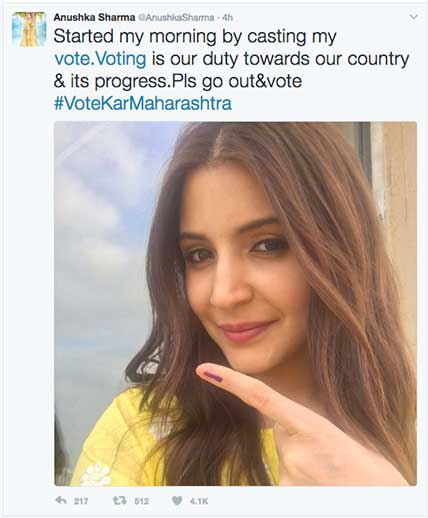 Shraddha Kapoor too, shared a selfie flaunting the blue mark and captioned it as, "Done voting. Please exercise your right & go vote!" 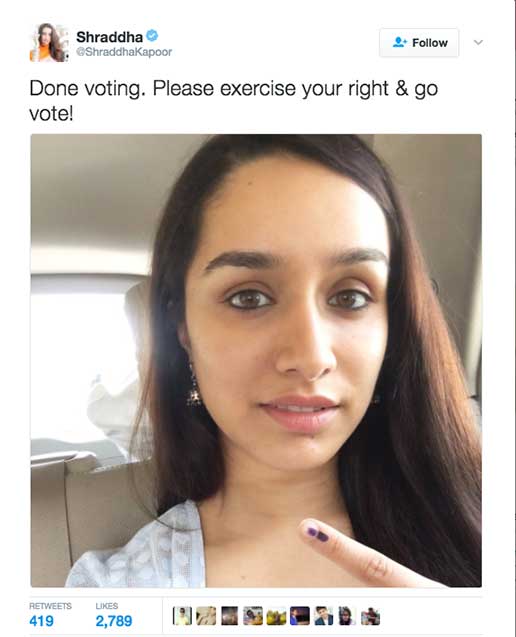 One of Bollywood's most gorgeous actresses, Rekha too was among the early birds who cast their vote. (ANI)

First theatrical promo of'Phillauri'is a rave among the audience

Here is the poster of most awaited SRK-Anushka starrer movie

Here is the first look of Diplo, SRK's music video