Ashwin, who bagged two wickets on Day Two, picked up his 26th five-wicket haul while Ravindra Jadeja and Mohammed Shami took two each.

Colombo: Ravichandran Ashwin scalped a five-wicket haul as India bowled out Sri Lanka for 183 in their first innings on the third day of the second Test at the Sinhalese Sports Club Ground here on Saturday.

At lunch, the hosts were still trailing by 439 runs before being asked to follow-on with their second innings. 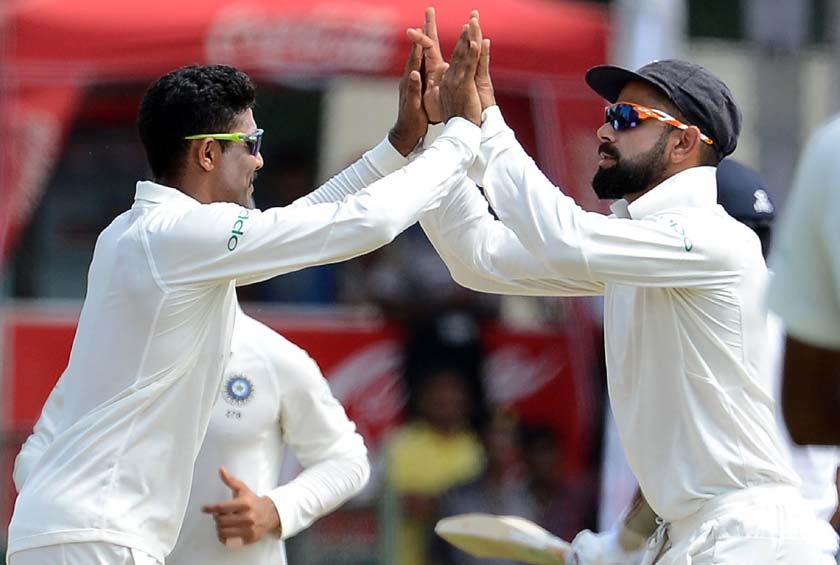 Resuming at yesterday's score of 50-2, Sri Lanka continued their poor show on the third day as well as they struggled hard against India's bowling attack.

Niroshan Dickwella was the only one to wage the lone battle as he struck a 51-run knock, his quickest Test fifty off 44 balls, before being dismissed off Mohammed Shami's delivery.

Ashwin, who bagged two wickets on Day Two, picked up his 26th five-wicket haul while Ravindra Jadeja and Mohammed Shami took two each.

Umesh Yadav also chipped in with a wicket. 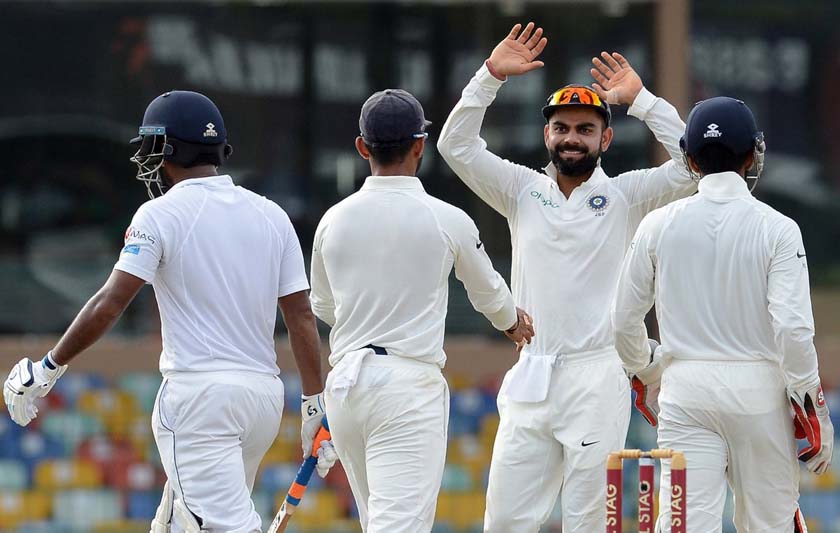 Earlier, in reply to India's massive declared score of 622-9, Sri Lanka had an unexpected start, losing opener Upul Tharanga for a duck off Ashwin's delivery.

Subsequently, Tharanga's opening partner Dimuth Karunaratne (25) had a few snorters as he struck two boundaries and held his end well for the most part before offering an outside edge to Ashwin for his second wicket. (ANI)

Ravindra Jadeja : Arjuna award will always motivate me to give my best for India