India defeat Sri Lanka by 171 runs in the third Test at Kandy and won series by 3-0.

Pallekele: A superb bowling performance by Ravichandran Ashwin and Mohammad Shami saw India beat Sri Lanka by an innings and 171 runs in the third and final Test to complete a three-match series whitewash at the Pallekele International Cricket Stadium here on Monday.

Resuming at yesterday's score of 19-1, the Indian bowlers pierced through the Sri Lankan batting to bundle them out for 181 in their second innings after the Virat Kohli-led side enforced the follow-on on Day Two.

Niroshan Dickwella (41) was the only player from the Lankan team to have shown some resistance before being dismissed off Umesh Yadav's delivery. 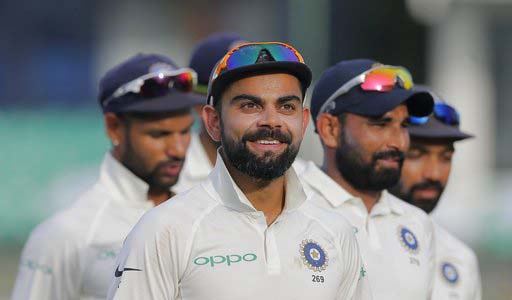 Ashwin was the pick of the bowlers for the visitors, bagging four crucial wickets to add to his first innings figures of two wickets.

The off-spinner was well supported by Shami as he removed three Sri Lankan batsmen. 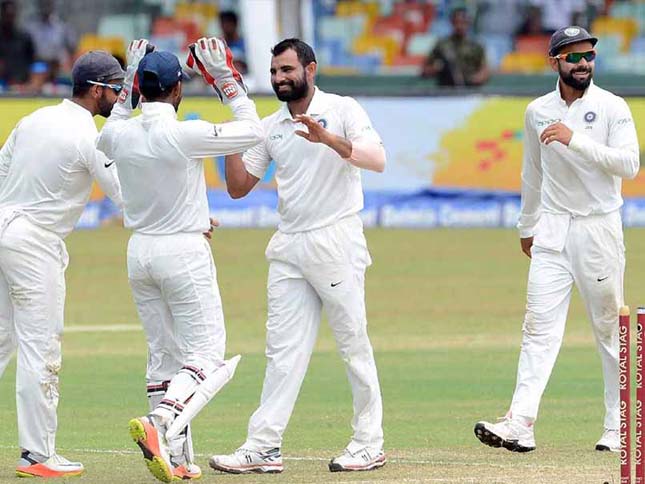 Earlier, Yadav picked a four-wicket haul, while Shami and Ashwin took up two wickets each as Lanka were all-out for 135 runs--which is their lowest total in the first innings against India at home-in reply to India's first innings score of 487.

The two sides will now head into five-match ODI series and a one-off T20 match, beginning August 20 in Dambulla. ( ANI)

Shikhar Dhawan wants to keep everyone 'together, happy' during SL tour