Days after a Washington consultant, also an ally of US President Donald Trump, called Senator and Democratic Vice Presidential nominee Kamala Harris by a vulgar name, the big companies associated with him have begun distancing themselves.


Washington: Days after a Washington consultant, also an ally of US President Donald Trump, called Senator and Democratic Vice Presidential nominee Kamala Harris by a vulgar name, the big companies associated with him have begun distancing themselves, CNBC reported.

"Kamala Harris comes off as such an insufferable lying b----. Sorry, it's just true," tweeted Harlan Hill, an advocate of President Donald Trump's and the head of the Logan Circle Group, on Wednesday.

According to the CNBC report, corporate giants like American Airlines and AT&T associated with Hill's company have not only distanced themselves from him but also have demanded him to stop using their names and logo on his website.

"We have found no record of this person working for us, and he certainly never will in the future. We have contacted him and demanded he remove our name and logo from his website," Jim Greer, a spokesman for AT&T, told CNBC. 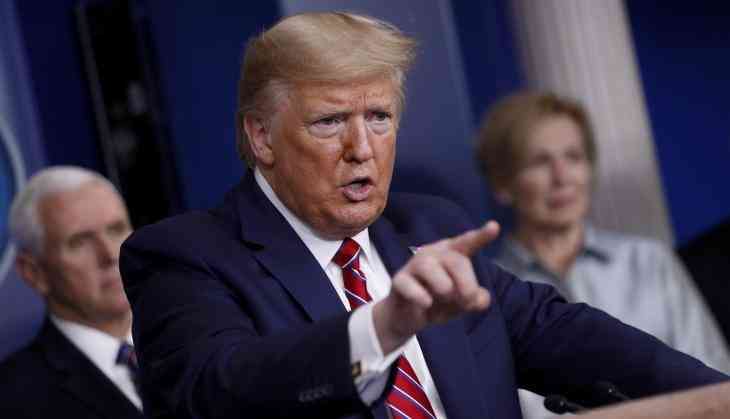 Similarly, American Airlines has informed CNBC that it has found no record of working with Hill.

In a tweet, the airlines said, "We won't tolerate it. We just told Mr. Hill to stop using our name & logo. He doesn't represent us & never will."

Besides, Hill who was an occasional guest in the Fox News will now no longer be allowed t0 appear.

Another company listed on Hill's website is an organisation that trusts him is Child Justice, a not-for-profit organisation providing "pro bono legal services to protect children 'lost in the system' after exposure to family violence, physical/sexual abuse, substance addictions or neglect".

CNBC quoted Eileen King, executive director of the group, as saying that Hill was hired years ago to help the organisation build a website but he hasn't done any work since.

However, after being informed of Hill's remarks on Kamala Harris, King said, "It was kind of eh. Nothing horrible. Nothing too great. I don't think he had any particular interest or sympathy with our cause." (ANI)

Trump, Biden will have mics off for initial responses during final debate