Addressing a poll rally at this town in Latur district of Maharashtra, Modi also appeared to be treading sensitive ground by asking first-time voters to dedicate their first vote to those who carried out air strike in Balakot.

"Can your first vote be dedicated to those who carried out air strike," Modi said, appealing to first-time voters. Pakistan would not have born had Congress leaders acted wisely in the pre-independence era, Modi said, as he stepped attack on the Grand Old Party.

"Had Congress leaders acted wisely during the pre- independence era, this Pakistan would not have born," Modi said. 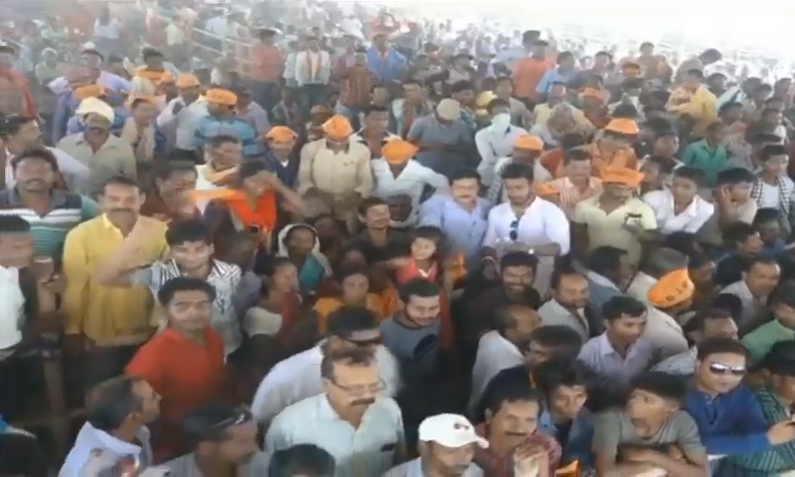 Modi said the Congress party's manifesto speaks the same language as that of Pakistan.

He accused the Congress and its ally NCP of standing with those who want a separate Prime Minister for Jammu and Kashmir. Modi was referring to National Conference leader Omar Abdullah's remark in this connection.

Hitting out at NCP chief Sharad Pawar on the issue, Modi asked if it behoved the Maratha strongman to join forces with the parties holding such a view.

PM: We want a situation where there will be no need for AFSPA

On the other hand, Modi said under the BJP's watch it was the policy of 'New India' that it will kill terrorists barging into their dens.

He also said his objective is to rid India of naxal and Maoist menace.

Oppn parties have no option but to accept defeat: PM Modi