CRPF takes over security of Gandhis

The CRPF has taken over the security duties of Congress president Sonia Gandhi and her children Rahul and Priyanka on Monday after the Union government withdrew their SPG cover last week, officials said.


New Delhi: The CRPF has taken over the security duties of Congress president Sonia Gandhi and her children Rahul and Priyanka on Monday after the Union government withdrew their SPG cover last week, officials said.

A contingent of commandos of the central paramilitary force armed with Israeli X-95, AK series and MP-5 guns took over the task at Sonia Gandhi's residence of 10, Janpath, they said.

A similar squad has been placed at the residence of former Congress president and Wayanad MP, Rahul Gandhi at Tughlaq Lane and Priyanka Gandhi Vadra's house in Lodhi Estate. 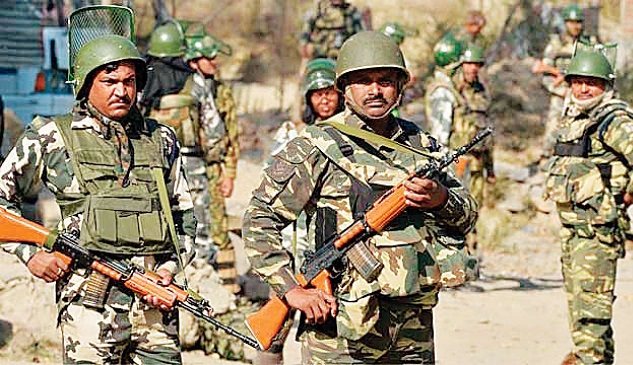 The Central Reserve Police Force (CRPF), which has a special VVIP security unit, has been asked to provide a 'Z+' cover to the Gandhi family on an all-India basis by the Union home ministry after the Special Protection Group (SPG) security was removed.

As per the authorisation approved by the Union Home Ministry, officials told PTI that the new CRPF cover provides for an advanced security liaison (ASL) drill for the three VVIPs that will enable the commandos to conduct an advance reconnaissance of the venues and area to be visited by them.

The squad will have a canine component with them and they will also guard the premises of the three Congress leaders, they said.

For some days, they said, the SPG will help the CRPF in the task and after that the CRPF VVIP security team will provide the protection independently with assistance of Delhi Police in the national capital and various police forces in the states.

The decision to withdraw the SPG cover given to the family of former prime minister Rajiv Gandhi, who was assassinated by LTTE terrorists on May 21, 1991, was taken after a detailed security assessment, officials had said last week.

The Gandhis are now without SPG protection after 28 years. They were included in the VVIP security list following an amendment in September, 1991 in the SPG Act of 1988.

Prime Minister Narendra Modi is now the only person to be protected by the about-4,000-personnel-strong SPG.

The CRPF, the designated lead force for conducting anti-Naxal operations and internal security tasks in the country, has about 52 other VVIPs under its cover, including Union home minister Amit Shah, former prime minister Manmohan Singh and RIL chairman Mukesh Ambani and his wife Neeta Ambani. (PTI)