There was a special birthday feast of his favourite meat, a cake and no disturbance from the crowd for Delhi zoo inmate Vijay, a white tiger, who turned 10 today.

New Delhi: There was a special birthday feast of his favourite meat, a cake and no disturbance from the crowd for Delhi zoo inmate Vijay, a white tiger, who turned 10 today.

Vijay had shot to limelight in 2014 after it mauled to death a man who had jumped into its enclosure, with the incident only turning him into a major crowd-puller at the National Zoological Park here. 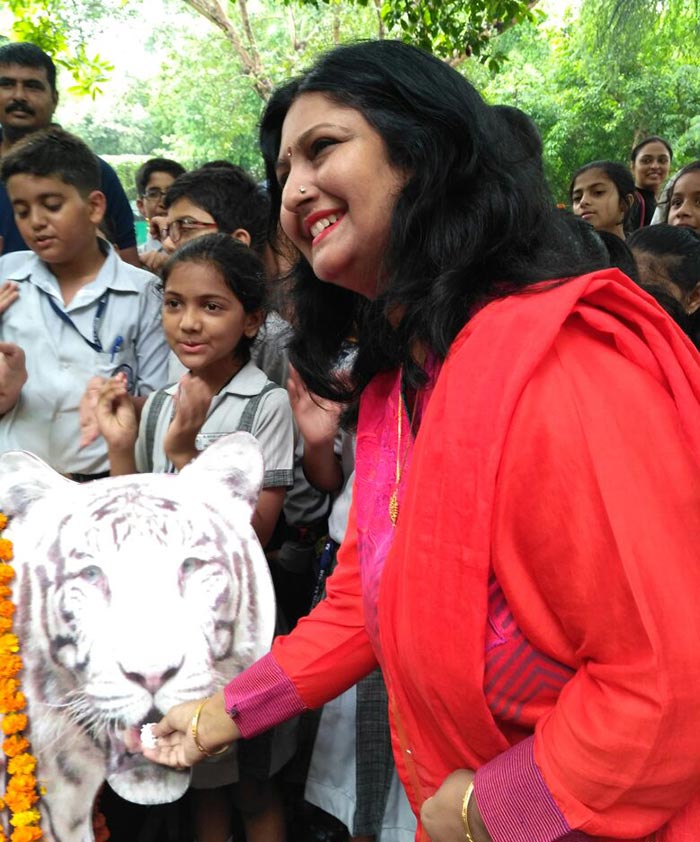 A special feast was made for the feline consisting of his favourite meat, Renu Singh, Director Delhi zoo, said, adding, "We did not disturb Vijay today and ensured that the celebrating crowd did not go too close to its enclosure."

Singh said through this celebration, zoo authorities wanted to raise awareness about wildlife conservation and take visitors to a trip of the zoo to discuss about animal behaviour in the wild and in captivity. 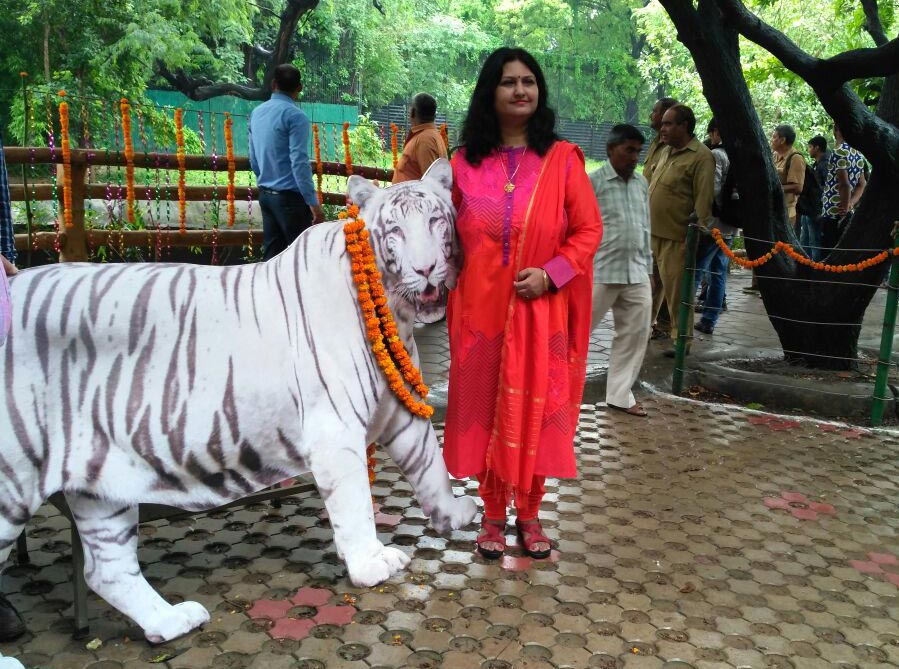 "For instance, animals in the wild have to make 20 attempts to get a prey. But in captivity, they are provided food and shelter. Thus, there is a marked difference in animal behaviour in the wild and in captivity," she said.

Another zoo official talked about how Vijay garnered negative publicity after the 2014 incident.

"The 2014 incident was unfortunate, but it also brought into focus the poor civic sense of Delhiites. When the youth jumped into the enclosure, the onlookers made a hue and cry, forcing the animal to attack," she said. 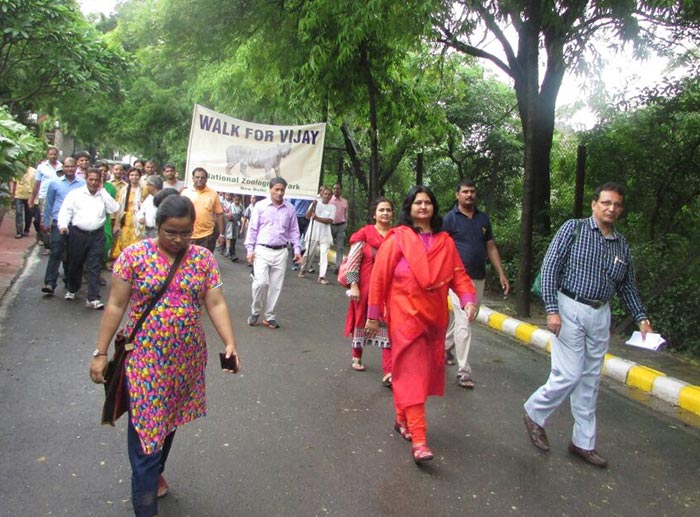 On being asked whether any celebrity was called for the celebrations, she said, "Vijay is our celebrity. Nobody else could have pulled such a crowd other than him."

The white tiger had fathered five cubs in 2015.

Delhi Zoo celebrates World Wildlife Day under the theme 'Life below water: for people and planet'