As Pakistan continues to cry foul over India's decision to revoke the special status of Jammu and Kashmir, the UAE will honour Prime Minister Narendra Modi with the highest civilian award of the Islamic country on Friday.

Abu Dhabi: As Pakistan continues to cry foul over India's decision to revoke the special status of Jammu and Kashmir, the UAE will honour Prime Minister Narendra Modi with the highest civilian award of the Islamic country on Friday.

PM Modi is on the second leg of his three-nation visit -- France, UAE and Bahrain. He reached UAE on Friday. Modi will be receiving the 'Order of Zayed', the highest civilian decoration conferred by the UAE government. The award, which is named after Sheikh Zayed bin Sultan Al Nahyan, the founding father of the UAE, acquires special significance as it is being awarded to Modi in the birth centenary year of Sheikh Zayed.

This comes despite Pakistan's anti-India rhetoric following India's decision to abrogate Article 370 of the Constitution that gave special status to Jammu and Kashmir.

Uninfluenced by Pakistan's attacks against India on multiple platforms, the UAE became the first country from among the Organisation of Islamic Cooperation (OIC) member states to support India over its decision. 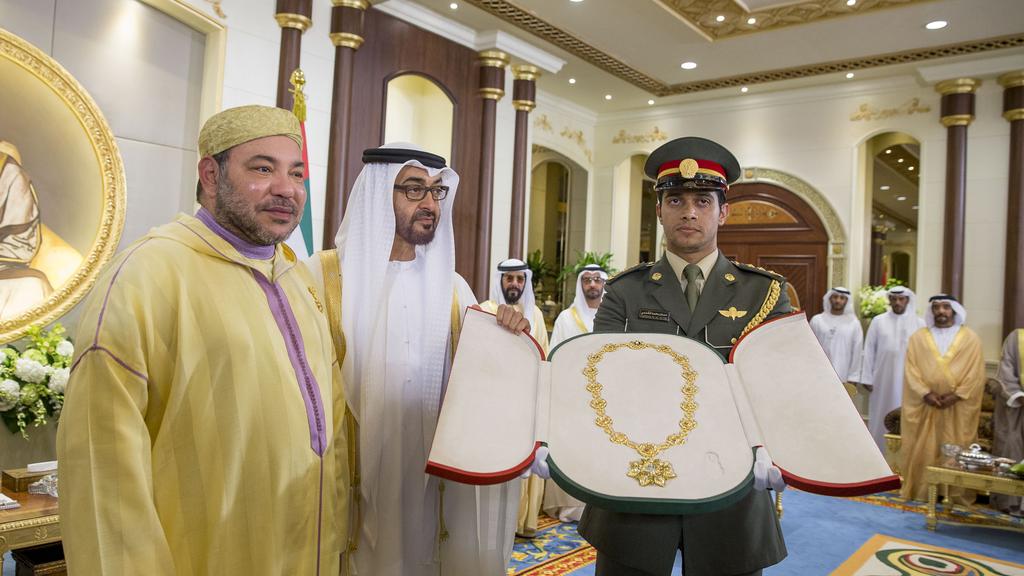 During his stay in the country, PM Modi will hold talks with Crown Prince of Abu Dhabi, Sheikh Mohammed bin Zayed Al Nahyan, on bilateral, regional and international issues of mutual interest to deepen relations between the two countries. This is the first engagement between the two leaders after India took the historic decision to reorganise the state of Jammu and Kashmir.

"Reached Abu Dhabi. Looking forward to holding talks with His Highness Crown Prince @MohamedBinZayed and discussing the full range of friendship between India and UAE. Deepening economic relations will also be on the agenda during this visit," Modi tweeted on Friday.

India and the UAE have close and multi-faceted relations underpinned by cultural, religious and economic linkages which, during the Prime Minister's visit to the UAE in August 2015, stood elevated to a Comprehensive Strategic Partnership.

Modi last visited the UAE in February 2018 as the Chief Guest at the World Government Summit, while the Crown Prince came to India in February 2016 and then again in January 2017 as the Chief Guest at the Republic Day celebrations. From the UAE, Modi will leave for Bahrain on August 24 for what would be the first-ever Prime Ministerial visit from India to the country. He will meet Bahrain's Prime Minister, Prince Shaikh Khalifa bin Salman Al Khalifa, and discuss the entire spectrum of bilateral relations, as well as regional and international issues of mutual interest.(ANI)