Defending champion Novak Djokovic silenced concerns about his left shoulder as the Serbian breezed past American Denis Kudla 6-3 6-4 6-2 on Friday to reach the last 16 at the U.S. Open.

New York: Defending champion Novak Djokovic silenced concerns about his left shoulder as the Serbian breezed past American Denis Kudla 6-3 6-4 6-2 on Friday to reach the last 16 at the U.S. Open.

Djokovic’s title defence looked to be in jeopardy in his previous match when he received treatment on his shoulder several times, an issue which he said had impacted his serve and backhand.But he looked to be playing pain free against Kudla, the 16-times Grand Slam champion winning 81% of his first-serve points and turning aside all seven break points he faced against the unseeded American.

“Obviously I didn’t know how the body would react and I am just glad to finish the match tonight.” 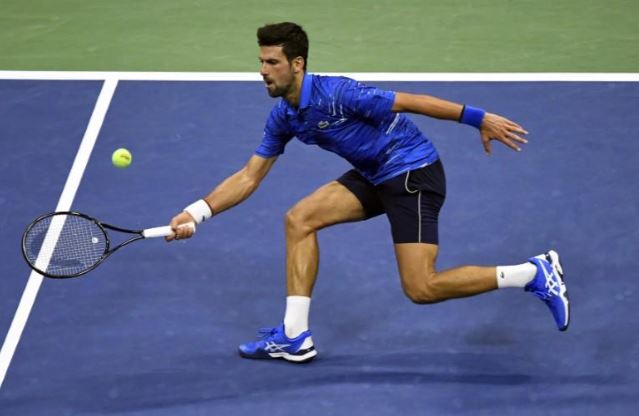 Kudla, who due to a rain delay earlier this week was playing his second match in as many days, brought incredible energy into the match and raced around the court to make a number of shots that surprised Djokovic but was simply overmatched.

Djokovic twice pushed back his pre-match practice but came out firing right from the start as served out to love to begin the match and broke Kudla for a 3-1 cushion en route to wrapping up the first set without showing any signs of distress.

The Serb broke again in the fifth game of second set and was in total control as he served out to love in the ensuing game for a 4-2 cushion. 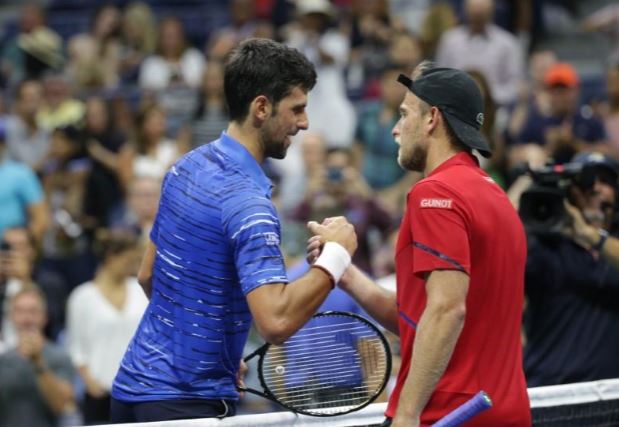 Djokovic opened the final set with another break and added another in the seventh game before closing out the match when he served out to love. The only time Djokovic looked bothered during the match came in the first set when he screamed at someone who talked during a point inside Arthur Ashe Stadium.

It marked the second incident of the day between Djokovic and a spectator as the Serbian, apparently angry at being interrupted while serving during his practice session, told one individual: “Trust me, I’ll come find you.”

Up next for Djokovic will be former champion Stan Wawrinka, who beat Italian Paolo Lorenzi earlier on Friday.Djokovic owns a 19-5 career record versus Wawrinka, who is seeded 23rd, but has not faced the Swiss since losing to him in the 2016 U.S. Open final.(Reuters)