Supermodel Hailey Baldwin is setting the record straight about rumours that she is mistreated by her husband and singer Justin Bieber, calling it a "big fat" lie.

Washington [US]: Supermodel Hailey Baldwin is setting the record straight about rumours that she is mistreated by her husband and singer Justin Bieber, calling it a "big fat" lie. Opening up about her marriage to the Grammy-winning artist, she said the rumours are "far from the truth", reported People magazine.

In an interview on 4D with Demi Lovato on Friday, Baldwin set the record straight and revealed she doesn't mind being called "Justin's wife" -- because at the end of the day, "where's the lie?" "When you marry someone that is really well known, you also accept that a lot of the time people are going to be like, 'Oh yeah, that's blah, blah blah's wife.' It doesn't bother me," Baldwin said to Lovato.

"At the end of the day, it doesn't bother me when somebody's like, 'Oh, you're Justin's wife.' I'm like, 'Yeah, I'm Justin's wife!' Because where is the lie?" continued Baldwin, who wed Bieber in September 2018. The model also added that though she doesn't mind the label, it does bother her when people turn it around on her.

"It bothers me when people try to take it and flip it and be like, 'People wouldn't know who you were if you weren't his wife.' Because I disagree. I'm sorry, but I disagree ... I have all my own work relationships, I do my own thing, I have my own job, I have my own money," said Baldwin. She continued, "When we split up and we didn't talk for a very long time, I feel like I worked very hard to continue establishing who Hailey was and I still work to establish that."
During their conversation, Baldwin also addressed the rumours that Bieber "mistreats her."

"There's one big fat narrative that goes around that's like, 'Justin is not nice to her and he mistreats her.' It's so far from the truth. It's the complete and utter opposite. I really am lucky to say I'm with someone who is extremely respectful of me, who makes me feel special every single day," Baldwin said.
Still, Baldwin admitted she has her "low days" when the negativity weighs heavily on her.

"I have my low days where I'm like, 'This is too much and all the things people are saying, I can't take it today.' Again, he'll come in and be like, 'Well, the truth is that you're good, you're secure and you're loved and all of your friends love you and your family loves you and I love you,'" Baldwin said of Bieber.
Critics of the couple have accused Bieber of being inattentive to his wife for years now, even after they tied the knot for the second time in September 2019.
The model previously addressed the misconceptions about their marriage after a video emerged of Bieber seemingly yelling at Baldwin in Las Vegas.
Baldwin simply told her followers that she and her husband had a great time in Sin City and "any other narrative floating around is beyond false. Don't feed into the negative bulls--t peeps."

Now, they're comfortable doing their own thing. "We both really value space," she shared with Lovato. "One of the things I love the most is if we're out somewhere together... we could separate for hours at a party and find each other for five minutes and be like, 'hey are you having fun? Okay cool see you in a bit.' And just like keep it moving," the model added. 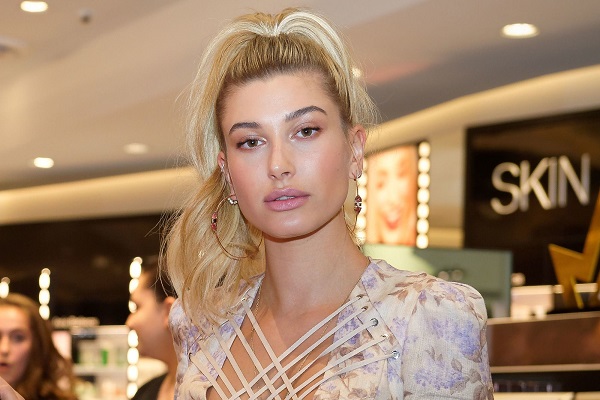 As she put it, "He trusts me... I trust him... That feels like a good space to me." The pair proved they are stronger than ever as they celebrated their third wedding anniversary at the 2021 Met Gala on Monday. Though it was more work than play for the pop star and model, Bieber made his wife feel like the only woman in the room with his performance of 'All That Matters'. (ANI)