Tens of thousands of people were evacuated in Indonesia’s capital Jakarta on Thursday after flash floods and landslides in the area killed up to 21 people, with more heavy rain forecast, authorities said.

Jakarta: Tens of thousands of people were evacuated in Indonesia’s capital Jakarta on Thursday after flash floods and landslides in the area killed up to 21 people, with more heavy rain forecast, authorities said.

The flooding, among the deadliest in years, caused chaos in parts of Southeast Asia’s biggest city with train lines blocked and power outages in some areas. Swathes of Jakarta and nearby towns were inundated after heavy rain fell on Dec. 31 and into the early hours of New Year’s Day. 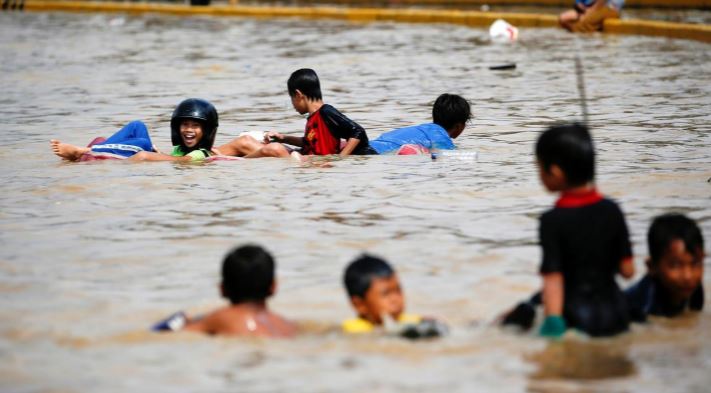 Social affairs ministry spokesman said in a message to Reuters that the death toll had now reached 21, while the disaster mitigation agency said it was 19.As of Thursday, over 62,000 people were evacuated in Jakarta alone, disaster mitigation agency spokesman Agus Wibowo said, twice as many as a day earlier.Thousands of livestock were reported missing and thousands of houses damaged in neighboring province of Banten, media reported.

Indonesia’s President Joko Widodo told reporters on Thursday that evacuation and safety procedures should be prioritised, and called for more coordination between city administrations and the central government.

On his Twitter page, Widodo blamed delays in flood control infrastructure projects for the flooding. He said some projects have been delayed since 2017 due to land acquisition problems. 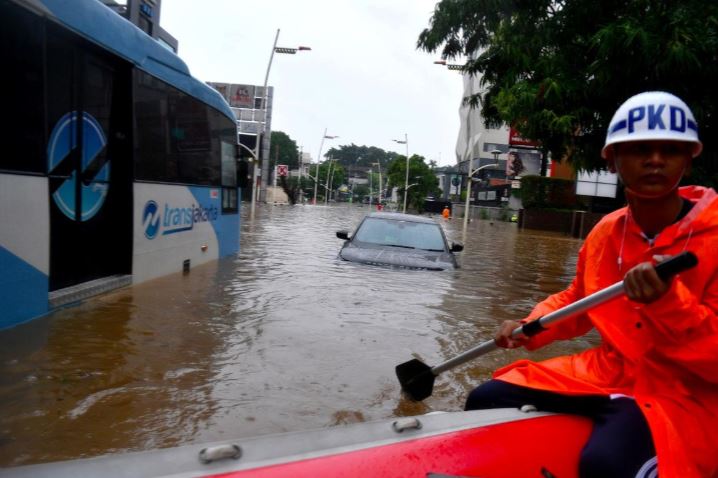 Some of the victims had drowned, while others were killed in landslides. Four were electrocuted, while three died of hypothermia.

Indonesia’s Cabinet Secretary said in a statement, citing the geophysics agency, that extreme weather may continue across Indonesia until Jan. 7 and warned people to remain on alert for further flooding or landslides. Dwikorita Karnawati, head of the geophysics agency, told reporters separately that heavy rainfall may continue until mid February.Umar Dani, 52, and his family were evacuated overnight from his home in East Jakarta on a rubber boat after water levels rose up to his neck.

“It has not flooded for so long here. We didn’t have the chance to bring anything,” he said. “I have to live on the streets now.” 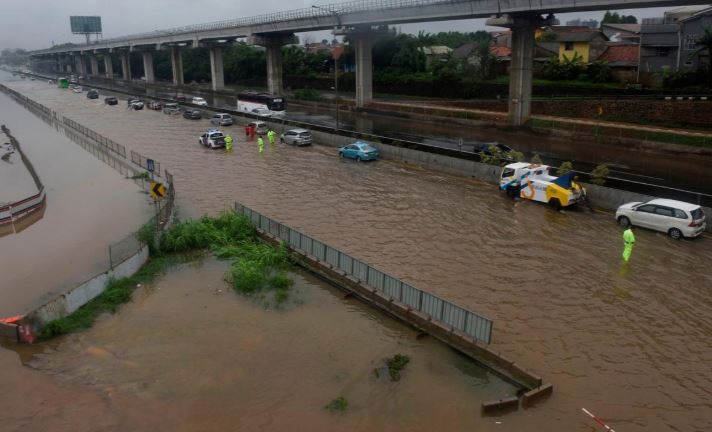 Television footage on Thursday showed rescuers in the nearby city of Tangerang evacuating residents, guiding them across a strong current by holding on to a rope.Jakarta police on their Twitter account warned that a number of major streets across the capital were not yet passable, accompanied by a video showing a postal truck being stuck in the middle of a road.Jakarta and its surroundings are home to more than 30 million people. More than 50 people died in one of the capital’s deadliest floods in 2007 and five years ago much of the centre of the city was inundated after canals overflowed.

The government announced last year that it is relocating the capital to East Kalimantan province on Borneo, though the planning ministry pledged that the government will invest $40 billion in modernizing Jakarta. (Reuters)