Former deputy election commissioner Vinod Zutshi was on Monday appointed as special observer for Tripura where the Lok Sabha polls to one of the seats was postponed in view of the law and order situation.

New Delhi: Former deputy election commissioner Vinod Zutshi was on Monday appointed as special observer for Tripura where the Lok Sabha polls to one of the seats was postponed in view of the law and order situation.

On Tuesday last, the Election Commission had postponed polling in the Tripura (East) Lok Sabha seat to the third phase on April 23 (Tuesday) from April 18, saying the prevailing law and order situation there is not conducive for holding free and fair polls.

Official sources said, the Commission has issued orders appointing Zutshi as special observer for Tripura. Citing reports of the state chief electoral officer and special police observer, the poll panel had said, "The law and order situation prevailing is not conducive to the holding of free and fair poll."

The returning officer had feared that "miscreant elements" may thwart the polling process in the constituency. Based on the ground and intelligence reports, he had requested for additional central police force. 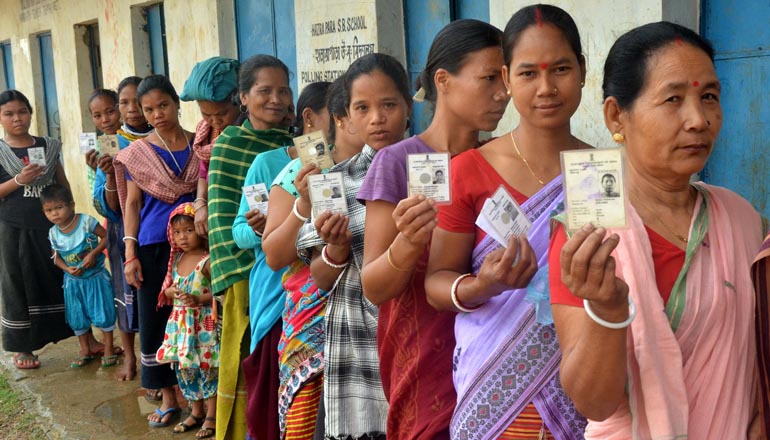 Elections for the first phase were held on April 11, Congress and CPI(M) demanded re-polling in 460 polling stations on the ground of rigging. Opposition parties had demanded fresh polls in Tripura West Lok Sabha constituency, claiming the April 11 election in the state was "heavily rigged" by the ruling BJP.

Denying the charge, the BJP had said the allegations were "baseless and politically motivated".

Around 77.6 per cent voter turnout was recorded in the first phase of election in West Tripura. The EC had decided against holding assembly elections in the state along with Lok Sabha polls, fearing law and order situation.

Ahead of LS polls, over 6 litres of liquor, Rs 37 crore cash seized in UP

PM Modi speaks of India's rise under his government

BJP, Sena may join hands for LS poll, but not for state, says Sharad Pawar