Former Prime Minister Manmohan Singh on Friday took oath as a member of the Rajya Sabha.

Top Congress leaders Sonia Gandhi, Rahul Gandhi, Ghulam Nabi Azad, Ahmed Patel and Anand Sharma were among those who were present during the oath taking in the Chairman's chamber. 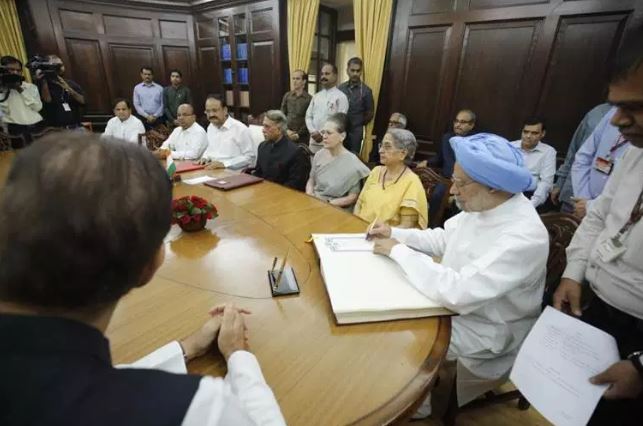 Rajasthan Chief Minister Ashok Gehlot and some BJP leaders were also present. Singh, 86, has come back as a member of the Rajya Sabha from Rajasthan. He was elected unopposed as the BJP did not put up a candidate against him.

Singh returned to the Rajya Sabha after a brief gap since his retirement from the Upper House on June 14 this year.

We congratulate Former PM Dr. Manmohan Singh on being elected as a Rajya Sabha MP from Rajasthan. His repository of knowledge, dedication to his work & years of experience will benefit all. pic.twitter.com/V71T6gGZOi

He had earlier represented the state of Assam in Rajya Sabha for a long period.(PTI)