The raids took place at minister's residence in Kanakapura, Sadashivanagar and at rooms of Congress Party MLAs in the resort.

The raids took place at minister's residence in Kanakapura, Sadashivanagar and at rooms of Congress Party MLAs in the resort.

The raids started at 7 a.m. this morning and are still underway.

Shivkumar was in-charge of hospitality for all Congress Gujarat MLAs staying in Bengaluru. 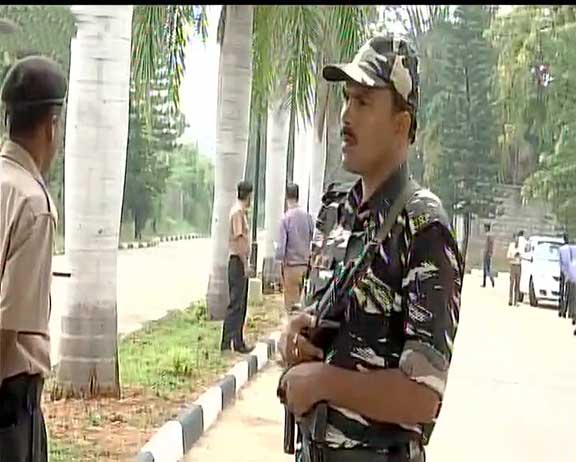 In the backdrop of Gujarat Congress MLAs quitting and joining the Bharatiya Janata Party (BJP), as many as 44 of the grand old party MLAs left for Bengaluru recently to ensure they don't succumb to police and political pressure to join the saffron party.

Speaking to the reporters, Congress MLA Shailesh Parmar earlier said, "To ensure that BJP is not successful in its mission, 44 of us Congress MLAs are leaving from Gujarat for Bengaluru. To hide their failure, the saffron party is trying to make sure our MLAs resign by offering money and through police pressure."

The developments come after at least six Congress MLAs in Gujarat resigned from the party to join the BJP. (ANI)

Manner in which Article 370 was abrogated is what we opposed, says Manmohan Singh