A woman from Hyderabad has appealed External Affairs Minister Sushma Swaraj to rescue her son, who is stranded in Bangladesh.

Hyderabad: A woman from Hyderabad has appealed External Affairs Minister Sushma Swaraj to rescue her son, who is stranded in Bangladesh.

Zuleqa Begum, mother of Mohammed Imran has claimed that his passport and other belongings were forcibly taken by some unidentified persons in Bangladesh.

Narrating her ordeal, Zuleqa Begum said, "Some 15 months back, my son went to Oman for work and started worked in a store. There he befriended a Bangladeshi National. Later on December 16, 2018, Imran came to Hyderabad on vacation and stayed with us in Hyderabad for two months. He then informed us that he is going to Kolkata for some work." 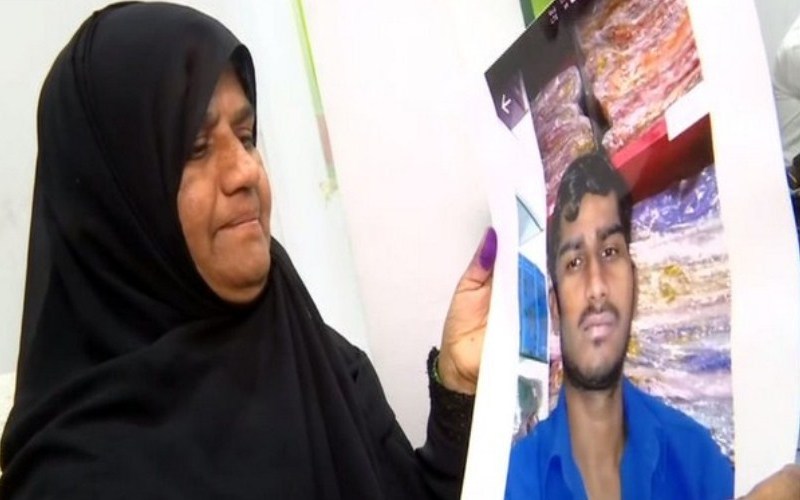 She added that after few days, Imran informed over phone that he is in Bangladesh to attend marriage of his Bangladeshi friend whom he had met in Oman, adding that he will be back to Hyderabad in two to three days but unfortunately he did not come back.

Owing to the difficulties faced by the victim, her family has appealed Swaraj to ensure his safe return.

"But once he called us again after 15 days and said that his passport was forcibly taken by few persons and they are also not letting him to speak with us or return back to India. Hence, I request Sushma Swaraj to rescue my son and see his safe return to Hyderabad," the grieving mother said. (ANI)