Pakistan Tehreek-e-Insaf (PTI) chief Imran Khan lashed out at the United States (US) President Donald Trump's tweet and threats to Pakistan, saying that this was being done to hide US' failures in Afghanistan.

Pakistan: Pakistan Tehreek-e-Insaf (PTI) chief Imran Khan on Thursday, lashed out at United States (US) President Donald Trump's tweet and threats to Pakistan, saying that this was being done to hide US' failures in Afghanistan.

Khan pointed out that he had always opposed Pakistan fighting someone else's war, as a 'gun for hire', and said that it was a deliberate attempt to humiliate and insult the country.

According to an official statement released from PTI's Twitter handle, it said, "The losses suffered by Pakistan as a result of going into the US-led "war on terror" has also bred more violence and terror in the country."

More than 70,000 people have died and over 100 billion dollars were reported as losses to the Pakistani economy. Khan also said that Pakistan should not have become a part of the war on terror.

"The lesson we must team is never to be used by others for short-term paltry financial benefits ever again," the statement said.

Khan also said that Pakistan had become a proxy State with the US during the war with the erstwhile Soviet Union in Afghanistan. He blamed the CIA on breeding terrorists, by training them with arms and creating havoc in the country.

The former cricketer-turned-politician also said that the army was trying to eliminate the terrorists on special orders from the US. 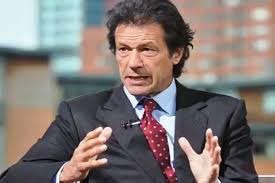 "The time had come to stand firm and give a strong response to the US. Two immediate measures can be taken by Pakistan to send an unambiguous message to the US: One, we must immediately remove excessive US diplomatic, non-diplomatic and intelligence personnel from Pakistan, so that diplomatic parity is established according to international legal norms governing diplomatic relations between states," the statement read.

"Two, we must deny the US GLOC and AIRLOC facilities, which we were providing free of cost to the US. As for the threat of the US rescinding Pakistan's non-NATO (North Atlantic Treaty Organisation) ally status, we should welcome it because it meant little in concrete terms. Only used, outdated weapons systems were available for Pakistan to purchase."

Khan stressed on the fact that Pakistan was not dependent on the US on its strategic weapon systems. He also added that Pakistan had the ability to defeat terrorism and protect its citizens by securing its borders completely.

The PTI chief also said that there were enemies within and outside the country. He cited Islamic State's (IS) probable presence in Afghanistan and warned that the vacuum could spell more trouble in the country by launching unprecedented attacks on its citizens through the Federally Administered Tribal Areas (FATA) in north-western Pakistan. 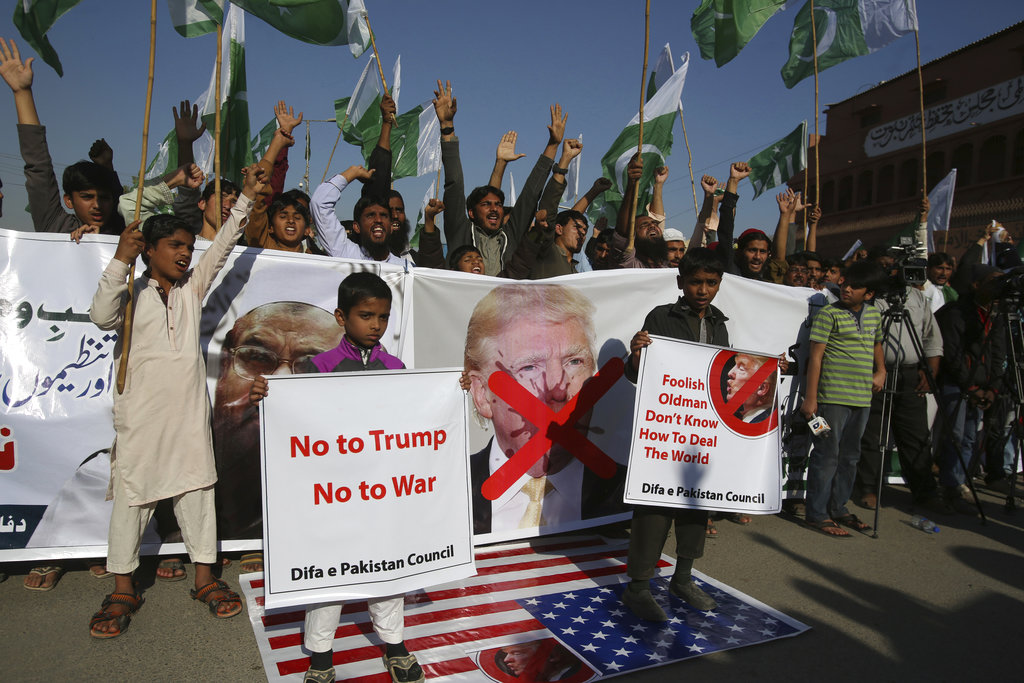 The statement read, "It is of critical importance that no vacuum prevails in FATA and that it is merged immediately into KP. Until the merger takes place, each day increases FATA's vulnerability. It is time for Pakistan to delink from the US especially after the new National Security Strategy announced by Trump in December 2017, which again targets Pakistan while emphasizing the need to give India an increasingly strategic role in Afghanistan and the region."

"While Pakistan does not seek a conflict with the US, it cannot continue being the scapegoat for US failures in Afghanistan," added the statement.

Khan also pressed for viable options of creating a cooperative framework with China, Russia, and Iran to seek peace in Afghanistan. He also said that the government would 'do anything' to defend the sovereignty and integrity of Pakistan.

Relations between Pakistan and the US turned sour when on New Year, Trump, in a strongly-worded tweet, said that America had been 'foolishly' providing military aid to Pakistan for 15 years, but in return, it has only received 'lies and deceit.'

"The United States has foolishly given Pakistan more than 33 billion dollars in aid over the last 15 years, and they have given us nothing but lies & deceit, thinking of our leaders as fools. They give safe haven to the terrorists we hunt in Afghanistan, with little help. No more!" Trump posted on the micro-blogging site.

Pakistan also summoned its US ambassador David Hale to lodge its protest against the tweet.

The White House on Tuesday said that they just wanted Pakistan to do more in the fight against terrorism. It also confirmed that the US was withholding 255 million dollars in aid to Pakistan for harboring terrorists. (ANI)