Amid tight security, voting is underway for the first time at booth number 249 in Jagodih area of Palamu constituency.

Palamu: Amid tight security, voting is underway for the first time at booth number 249 in Jagodih area of Palamu constituency.

Jogadih is a small place about 30 kilometres away from Palamu</a> district headquarters. The area is surrounded by Jungles and hill and remained a heartland of Naxals and Tritiya Prastuti Committee, a splinter group of Maoists, for many years. 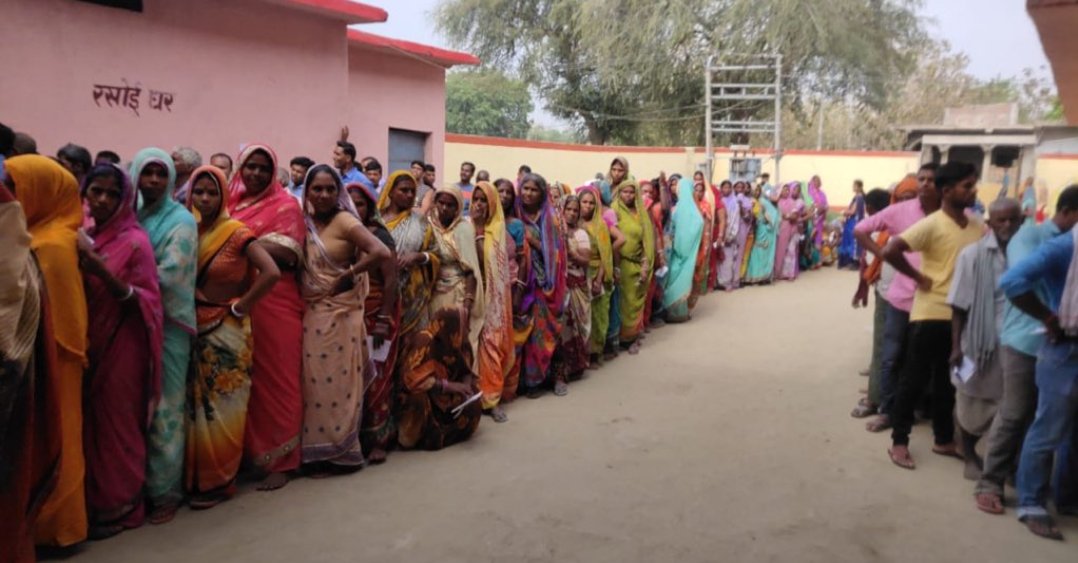 A voter named Parashuram said: "Even though there is no fear of Naxals here, the only problem is that this polling booth is very and difficult to reach."

"Earlier, there was scare of Maoists but now there is peace here," he added.<br>Another voter Laxman echoed similar sentiments and said, "This time there is no fear of Naxals which was there five years ago. However, the polling booth is at very far off location."

Polling for the fourth phase of the Lok Sabha polls began on Monday in 71 Lok Sabha constituencies spread across nine states. Over 12.79 crore voters will decide the fate of 945 candidates today. (ANI)