Veteran Bollywood actor Rishi Kapoor has been visited by scores of celebrities from Bollywood.

New Delhi: Veteran Bollywood actor Rishi Kapoor, who has been undergoing medical treatment in New York, has been visited by scores of celebrities from Bollywood. The latest one to join the list is none other than Karan Johar!

Rishi's wife Neetu Kapoor is also in New York with him and has stuck by his side throughout the treatment. KJo spent some quality time with the pair who he termed as his "favourite couple of Indian cinema".

The filmmaker made sure to post a beyond adorable selfie posing with the power couple along with a heartwarming caption. 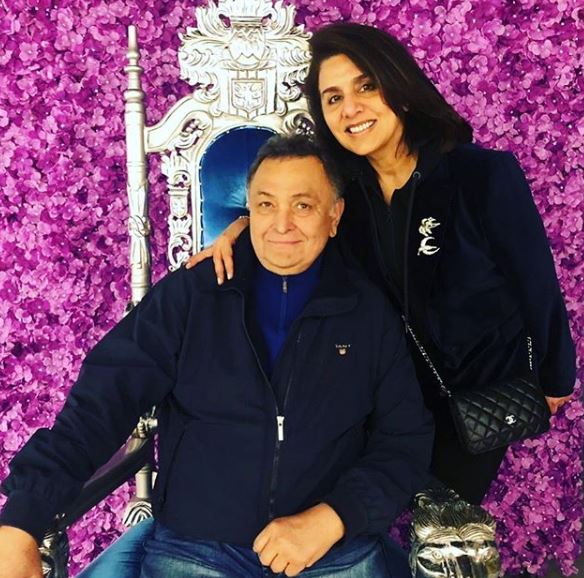 "My absolutely favourite couple of Indian cinema....I grew up loving them and am so privileged to know them....strong...resilient and full of positivity! Neetu and chintuji are absolutely amazing and so full of love!! Thank you for your energy! Love you," he wrote.

In the photo, the trio can be seen all smiles as they strike a pose together. 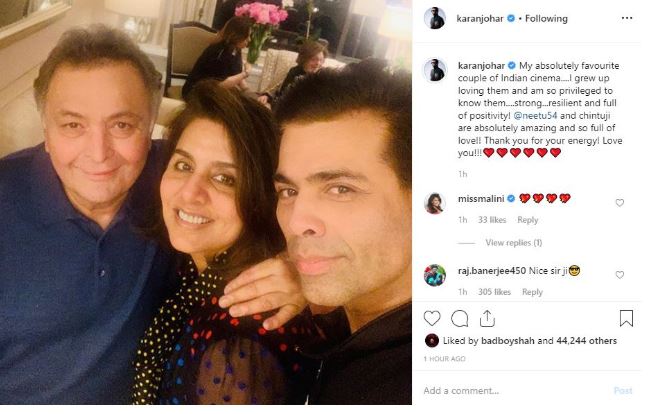 Neetu also reciprocated the love, sharing the same photo, she wrote, "He gave the tightestttt Hug and the longesttt kiss n said half of this love is from his mom Hiroo sometimes simple words mean so big love love him."

KJo will turn a year older tomorrow and reportedly flew to New York to ring in his birthday.

Rishi has been in New York since last year to seek medical treatment for an unknown health condition. He had shared the news on his Twitter handle and added that he would be back soon. 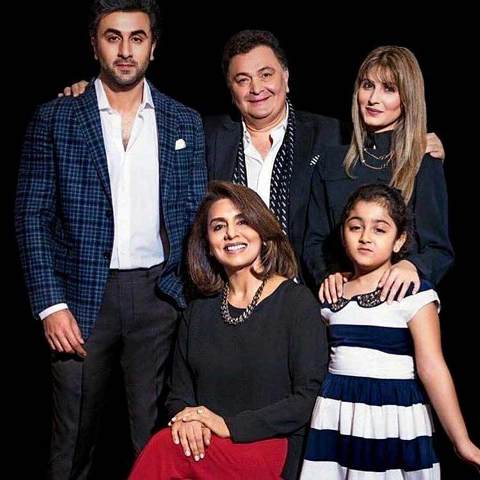 Neetu, who is quite active on Instagram, keeps sharing pictures from their huddles. 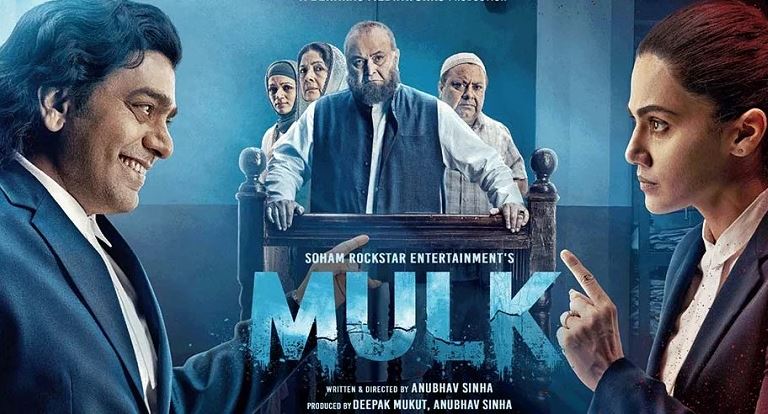 Karan will be donning the director's hat for 'Takht', which is a period drama and features Ranveer Singh, Kareena Kapoor Khan, Alia Bhatt, Janhvi Kapoor, Anil Kapoor, Vicky Kaushal, and Bhumi Pednekar. The flick is all set to hit the big screens in 2020.(ANI)