The Delhi Police Crime Branch has arrested Rakesh Goel, the owner of the hotel where 17 people were killed in a massive fire recently, police said.


New Delhi: The Delhi Police Crime Branch has arrested Rakesh Goel, the owner of the hotel where 17 people were killed in a massive fire recently, police said. 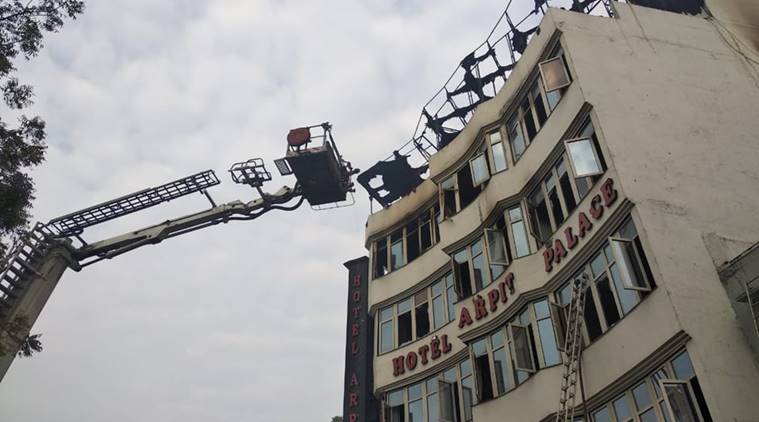 17 people, including a child, were killed and 11 were injured after a massive fire broke out in Hotel Arpit Palace, a five-storeyed hotel in central Delhi's Karol Bagh area in the wee hours of Tuesday.

Earlier in the week Delhi Minister Satyendra Jain had alleged that the owner of the hotel had a connection with the BJP, and hence, had not been arrested.

"It is important to form norms to be followed. MCD is allowing the illegal construction of such hotels by taking bribes. Even the owner of Arpit Hotel where the unfortunate fire incident took place hasn't been arrested. It seems that most likely he is a BJP leader hence no action is being taken. This shows that all these hotels are functioning by paying money to politicians. We, however, will make all these hotels comply with fire norms or make them shut down,” he said. Jain had also said that No Objection Certificates (NOCs) of as many as 30 hotels were withdrawn in two days.

According to the Delhi Fire Department, as many as 35 people were rescued from the hotel. (ANI)

WB: 20 people injured after fire breaks out at a firecracker factory