Official weather forecasts for Australia out on Thursday showed no substantial rains for at least three months, providing grim news as firefighters battle to get more than 100 bushfires raging across the east coast under control.

Sydney: Official weather forecasts for Australia out on Thursday showed no substantial rains for at least three months, providing grim news as firefighters battle to get more than 100 bushfires raging across the east coast under control.

Wildfires in New South Wales and Queensland states have killed four people, destroyed hundreds of homes and wiped out 2.5 million acres (1 million hectares) of farmland and bush over the past week. The fires have been fueled by tinder-dry conditions after three years of drought that experts say has been exacerbated by climate change, a factor that has sparked a sharp political debate in recent days.

Firefighters have said the blazes will burn for weeks without significant rainfall. 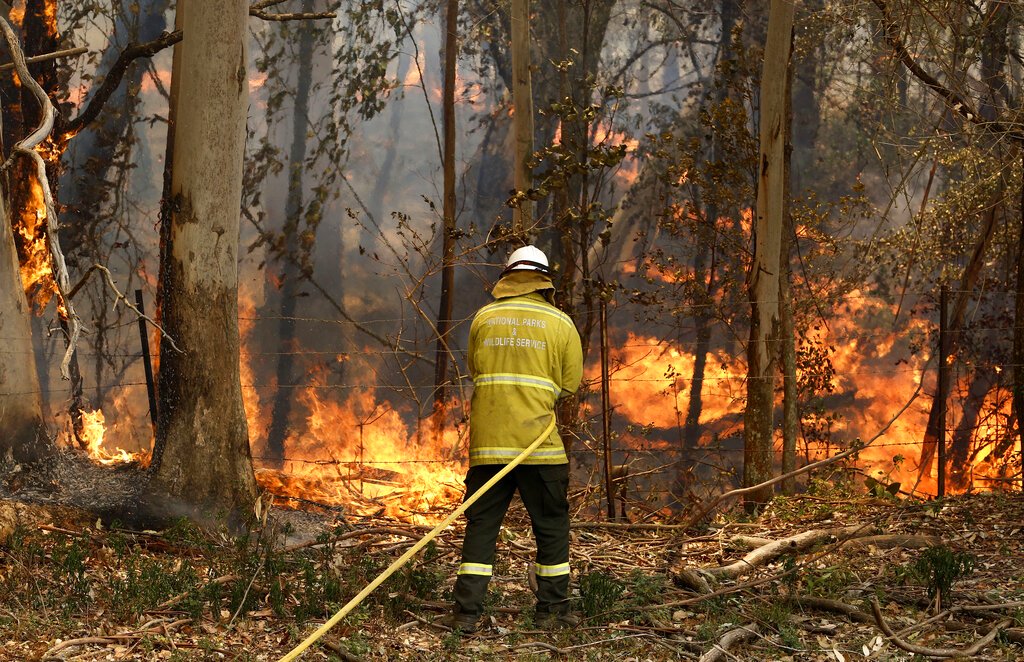 Australia’s Bureau of Meteorology (BOM) said there is just a 25% chance that the country’s east coast will receive average rainfall between Dec. 1 and Feb. 28. Stoking the threat, BOM said there is more than 80% chance that temperatures will exceed average levels over the next three months. More immediately, Rural Fire Service NSW deputy commissioner Rob Rogers said fatigued firefighters face another challenging few days.

“Conditions are starting to warm up tomorrow, into the weekend and then heating up early next week, a return to more gusty conditions. We’re in for the long haul,” Rogers told Australia’s Channel 7.

The death toll from the fires rose to four on Thursday after police reported the body of a man was discovered in NSW bushland that had been ravaged by fire. 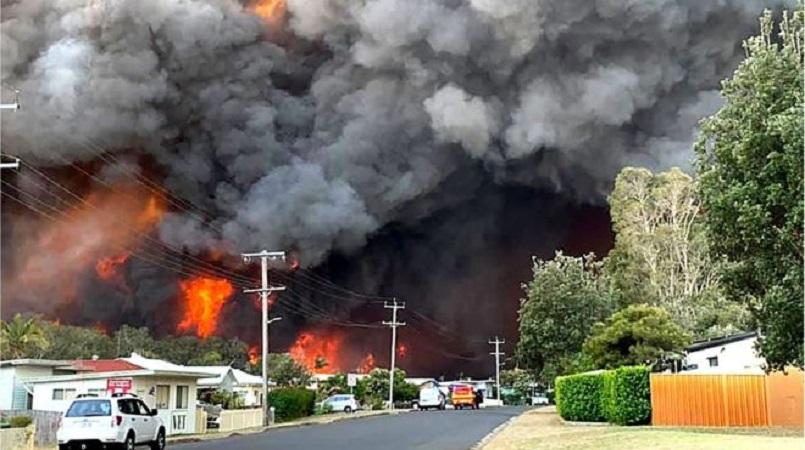 CLIMATE POLITICS
Bushfires are common in Australia’s hot, dry summers, but the ferocity and early arrival of the fires in the southern spring this year has caught many by surprise and stoked an increasingly acrimonious political debate about climate change.

Prime Minister Scott Morrison has repeatedly batted away questions on that issue during the current crisis, drawing criticism from climate activists and opposition lawmakers. A group of former fire chiefs on Thursday said the government’s refusal to discuss climate change issues were impeding preparations for large-scale fires. 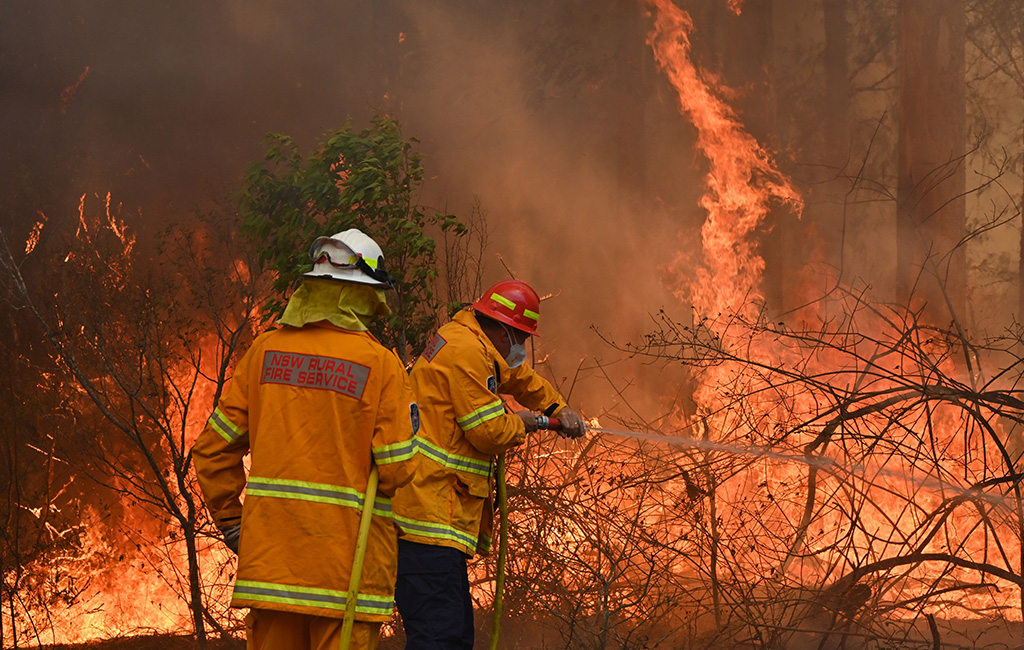 Greg Mullins, a former Fire and Rescue NSW commissioner, said he and 23 other fire and emergency chiefs had been trying to have a meeting with Morrison since April because they “knew that a bushfire crisis was coming.” Instead, he said current fire chiefs had been locked out of discussions and were “not allowed” to mention climate change.

Deputy Prime Minister Michael McCormack said earlier in the week that linking the fires to the government’s support of the coal industry was “the ravings of some pure, enlightened and woke capital city greenies”. (Reuters)