According to a new study aimed at understanding what shapes the emotional culture of a workplace. Researchers have found that while juggling through multiple tasks -- from writing papers to answering emails and tackling all that at once and the constant interruptions can actually create sadness and fear and eventually, a tense working environment.

Washington D.C: According to a new study aimed at understanding what shapes the emotional culture of a workplace. Researchers have found that while juggling through multiple tasks -- from writing papers to answering emails and tackling all that at once and the constant interruptions can actually create sadness and fear and eventually, a tense working environment.

According to the study's senior author Ioannis Pavlidis, director of Computational Physiology Laboratory at the University of Houston, "Not only do people experience stress with multitasking, but their faces may also express unpleasant emotions and that can have negative consequences for the entire office culture."

Pavlidis, along with Gloria Mark at the University of California Irvine, and Ricardo Gutierrez-Osuna at Texas A&M University, used a novel algorithm, based on co-occurrence matrices, to analyze mixed emotions manifested on the faces of so-called knowledge workers amidst an essay writing task. One group answered a single batch of emails before they began writing, thus limiting the amount of distraction, while the other group was frequently interrupted to answer emails as they came in.

The findings are published in the Proceedings of the 2020 CHI Conference on Human Factors in Computing Systems.

"Individuals who engaged in multitasking appeared significantly sadder than those who did not. Interestingly, sadness tended to mix with a touch of fear in the multitasking cohort," Pavlidis said.

"Multitasking imposes an onerous mental load and is associated with elevated stress, which appears to trigger the displayed sadness. The simultaneous onset of fear is intriguing and is likely rooted to subconscious anticipation of the next disruption," he added. Because multitasking is a widespread practice, the display of these negative emotions can persist throughout the workday for many people. It is this ubiquitous, continuous and persistent character of the phenomenon that renders it such a dangerous 'climate maker', the researchers emphasized.

The facial expressions of the workers who answered emails in one batch remained mostly neutral during the course of their uninterrupted writing task. However, there was an element of anger during the separate email task, perhaps attributed to the realization of the amount of work needed to process all the emails in one session, the researchers theorize. The good news is that email batching is localized in time and thus its emotional effects don't last long. 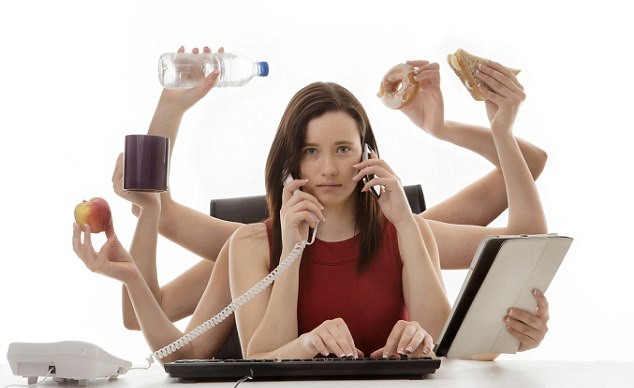 Solutions are possible in this case; the team suggests addressing the email batch at a later time when responding to emails is the only task, recognising that won't always be possible due to official pressure.

Negative displayed emotions - especially in open office settings - can have significant consequences on company culture, according to the paper. "Emotional contagion can spread in a group or workplace through the influence of conscious or unconscious processes involving emotional states or physiological responses."

Upon return to normalcy following the COVID-19 crisis, the results suggest organizations should pay attention to multi-tasking practices to ensure a cohesive working environment. "Currently, an intriguing question is what the emotional effect of multitasking at home would be, where knowledge workers moved their operation during the COVID-19 pandemic," said Pavlidis.

The study was made possible by a 1.2 USD million grant from the National Science Foundation and is part of a series that examines multitasking behaviour among knowledge workers. (ANI)