Lucknow District Magistrate gave directions to all government and private schools to reduce their closing timings.


Lucknow: In view of rising temperature in the city, Lucknow District Magistrate on Sunday gave directions to all government and private schools to reduce their closing timings. 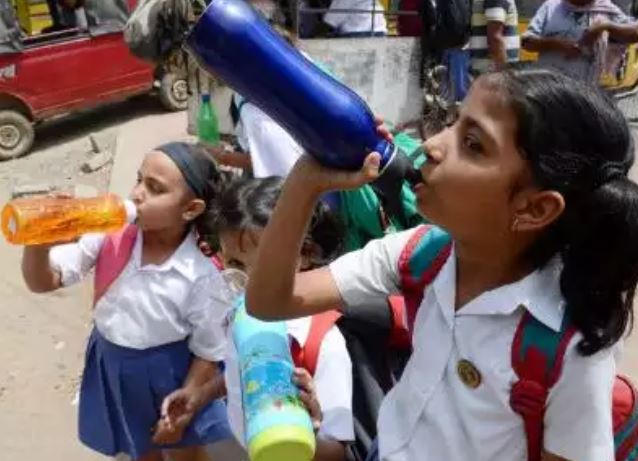 The Meteorological Centre has released a suggested list of actions which include: avoiding heat exposure, wearing lightweight, light-coloured, loose, cotton clothes and covering the head with a cloth, hat or umbrella to avoid the harmful effects of the heat wave. (ANI)

Heat wave warning for parts of Telangana till May 8

Thunderstorms and rainfall likely over several parts of Maharashtra: IMD

Delhi continues to reel under severe cold at 3.4 deg C