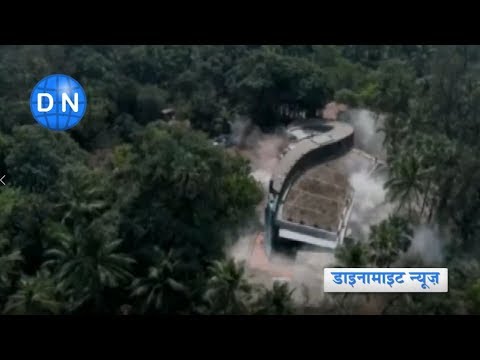 The authorities carried out a controlled detonation of dynamite placed in concrete pillars of the bungalow to demolish it.

Also Read:UK confirms Nirav Modi is in the country: CBI

According to Raigad collector Vijay Suryavanshi, the bungalow belonging to absconding diamantaire Nirav Modi is located over an area of over 20,000 square feet near Alibag's Kihim beach. 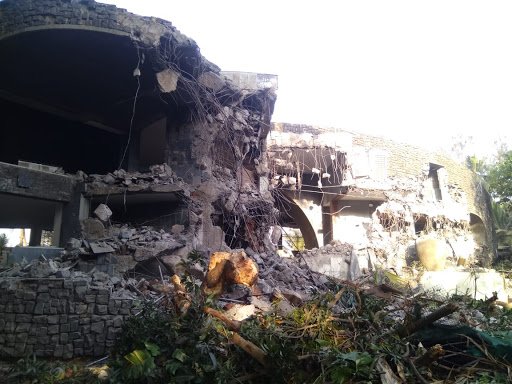 The bungalow was demolished on orders of Bombay High Court for violation of Coastal Regulation Zone (CRZ) norms.

In 2009, the court had ordered the demolition of around 58 properties in Alibag which were flouting the norms.

In 2018 Maharashtra government's Environment Minister Ramdas Kadam had said that Nirav Modi's bungalow, along with other illegal structures, should be demolished. 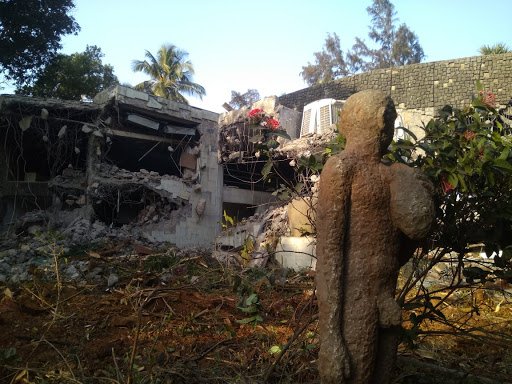 Nirav Modi's property was also in the list of properties attached by the ED in the alleged Punjab National Bank (PNB) scam. The ED had given its consent for demolition after removal of valuables from the premises.

The ED has confiscated a number of valuables and other properties of Modi.

Along with his uncle Mehul Choksi, Nirav Modi is the prime accused in the Rs 13,000-crore PNB fraud. They both fled the country over a year ago. Choksi was granted citizenship of Antigua and Barbuda on January 15, 2018, while Nirav is said to be in London.

The duo has not returned to India since then despite repeated summons from probe agencies and courts. (ANI)