Maharashtra Chief Minister Devendra Fadnavis expanded his Council of Ministers on Sunday with 13 new ministers, including 8 of Cabinet rank, taking the oath of office.


Mumbai: Maharashtra Chief Minister Devendra Fadnavis expanded his Council of Ministers on Sunday with 13 new ministers, including 8 of Cabinet rank, taking the oath of office.

He dropped six ministers including Prakash Mehta who held the Housing portfolio.

Radhakrishna Vikhe Patil, who quit Congress recently, was sworn-in as a Cabinet minister at Raj Bhavan here. He was earlier the Leader of the Opposition in the state Assembly. His son Sujay Vikhe Patil was elected during the recent Lok Sabha polls from the Ahmednagar seat in the state on a BJP ticket. 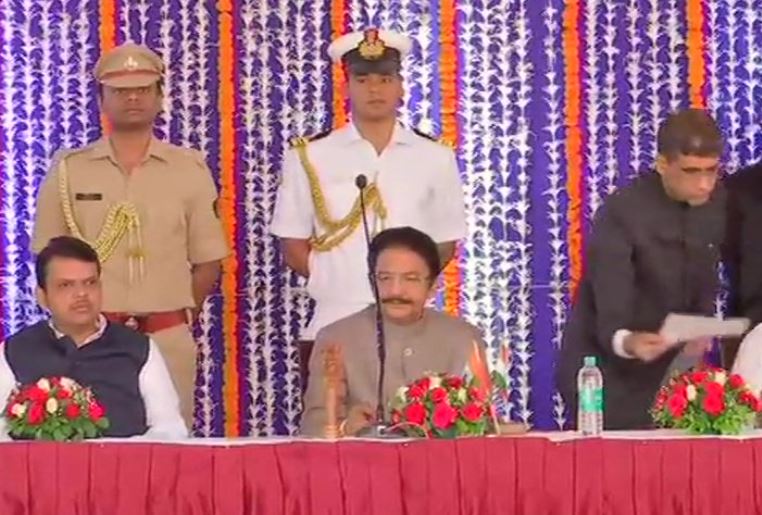 BJP leaders Yogesh Sagar, Sanjay Bhegde, Parinay Fuke and Atul Save, besides Avinash Mahtekar of RPI were sworn-in as ministers of state. An official in the Chief Minister's Office said that Prakash Mehta and five other ministers quit their posts. The other ministers who resigned were Rajkumar Badole, Vishnu Sawra, Dilip Kamble, Praveen Pote and Amrish Atram.

Minister for Finance and Planning Sudhir Mungantiwar had said on Saturday that the chief minister would expand his ministry ahead of the Assembly session which begins on June 17. He had also said the expansion of the Council of Ministers would help fulfil the expectations of NDA allies including Shiv Sena. The Assembly elections in Maharashtra are due later this year. (ANI)