Gangster-turned-politician Mukhtar Ansari has been kept in a highly-secured isolation barrack in the District Jail Banda.

Banda: Gangster-turned-politician Mukhtar Ansari has been kept in a highly-secured isolation barrack in the District Jail Banda.

Mukhtar Ansari was brought to the District Jail Banda from Punjab's Ropar Jail at around 4:50 am on Wednesday by the special security team of Uttar Pradesh Police.

"Ansari was made to cross through a state-of-the-art door frame metal detector and searched with pole metal detector and handheld metal detector. No illegal material was found. A medical team from Banda Medical College conducted a health checkup of Ansari. A COVID test of Ansari will be held on Wednesday," read the statement of Uttar Pradesh Prisons Head Quarter. 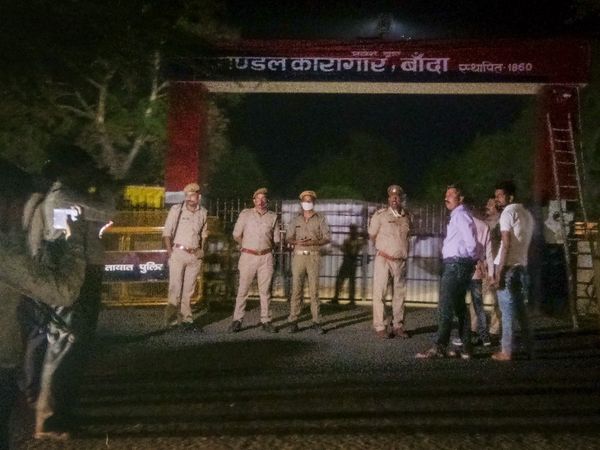 "The jail administration has made adequate arrangements for the security of Mukhtar Ansari. He is kept in barrack number 16, which is under 24-hour camera surveillance. The entire jail is laced with CCTV cameras and it is continuously monitored by higher officials from the command centre room of Lucknow Jail Headquarters," it added.

For enhanced security, a PAC platoon has also been deployed outside the jail.

On Tuesday, Uttar Pradesh Police took custody of Ansari from Punjab's Ropar jail to transfer him to Banda jail in UP.

Ansari, the MLA from Mau in UP, has been lodged in Ropar jail since January 2019 in connection with an extortion case, and is facing many cases in UP and elsewhere. (ANI)

UP: Woman raped in a field in Banda