Nana Patekar on Tanushree's allegations: A lie will remain a lie

Nana Patekar reiterated his denial and termed Dutta's claims to be a lie. 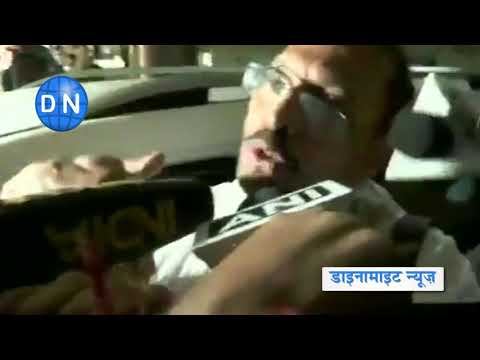 Mumbai: Making his first appearance after the harassment allegations by Tanushree Dutta came to light, Nana Patekar reiterated his denial and termed Dutta's claims to be a lie.

Scores of journalists and media persons surrounded Patekar as he arrived at the Mumbai Airport from Jodhpur after wrapping up a schedule of his upcoming film 'Housefull 4'.

"I have already given the answer for this 10 years back. A lie will remain a lie," stressed the veteran actor as he struggled to get into his car due to the large number of media persons present around him.

On being asked about further comments and his plans to address the media, Patekar said, "I will hold a press conference soon and talk about the issue at length."

Tanushree Dutta has alleged that Patekar misbehaved with her on the sets of the film 'Horn Ok Pleasss'. She has accused him of harassing her while shooting for a special dance number in the movie and also claimed that dance choreographer Ganesh Acharya teamed up against her.

The 'Aashiq Banaya Aapne' actor further said that she and her family were attacked after she declined to perform some intimate steps. She recently stated that she has been 'slapped' with two legal notices by Patekar and director Vivek Agnihotri.

The 34-year-old has also revealed that she has been getting violent threats from the Maharashtra Navnirman Sena (MNS) and that two unidentified individuals recently tried to barge inside her residence. A complaint has also been loged against Dutta for allegedly defaming MNS chief Raj Thackeray. (ANI)