Bollywood powerhouse Akshay Kumar treated his fans with a new poster of his upcoming film ‘Kesari’ and also revealed that the trailer of the movie will be out tomorrow.

New Delhi: Bollywood powerhouse Akshay Kumar treated his fans with a new poster of his upcoming film ‘Kesari’ and also revealed that the trailer of the movie will be out tomorrow.

Akshay took to his Instagram account to share the news along with the latest poster of the film. He wrote, “The untold story of the bravest battle ever fought begins to unravel TOMORROW! #Kesari TrailerTomorrow #Kesari.”

The poster features Akshay, wherein he can be seen leading a group of Sikh soldiers, who appear to be all set for the battle.

Akshay had previously shared three back to back teasers of his upcoming film. The teasers showed glimpses of Akshay’s character and other soldiers in a battle field. From the captivating background, amazing music and action scenes—the teasers took the audience into the world of the bravest battle ever fought which was the Battle of Saragarhi.

The makers and cast of the film keep sharing behind the scenes pictures and new posters of the film to pique the curiosity of the audience. 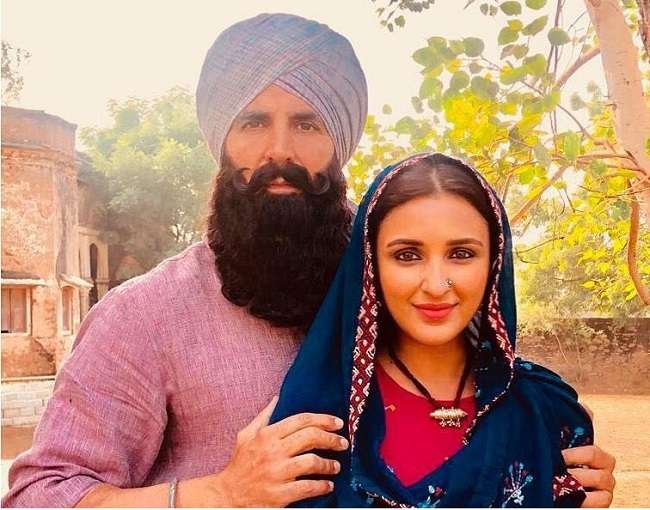 The upcoming film, based on the 1897 Battle of Saragarhi, where an army of 21 Sikhs fought against 10,000 Afghans, will see Akshay essaying the role of Havildar Ishar Singh. Kesari also stars Parineeti Chopra in the lead role. The film, which is directed by Anurag Singh, is all set to hit theatres on March 21, giving fans a perfect Holi gift.

Apart from ‘Kesari’, Akshay will also be seen in 'Good News' and 'Mission Mangal', while, Parineeti will soon star in 'Sandeep aur Pinky Faraar' and 'Jabariya Jodi'. (ANI)