Pakistani Prime Minister Imran Khan said on Tuesday Donald Trump had asked him to mediate with Iran to defuse tensions, though the US president later suggested it was Khan who approached him and nothing was final.


United Nations: Pakistani Prime Minister Imran Khan said on Tuesday Donald Trump had asked him to mediate with Iran to defuse tensions, though the US president later suggested it was Khan who approached him and nothing was final.

Khan met Trump and Iranian President Hassan Rouhani on the sidelines of this week's United Nations General Assembly, before which he visited Crown Prince Mohammed bin Salman in Saudi Arabia, whom he said had made the same request.

"Trump asked me that if we could de-escalate the situation and maybe come up with another deal," Khan told reporters at the gathering of world leaders in New York.

"Yes, we did convey this, and yes, we're trying our best," he said. 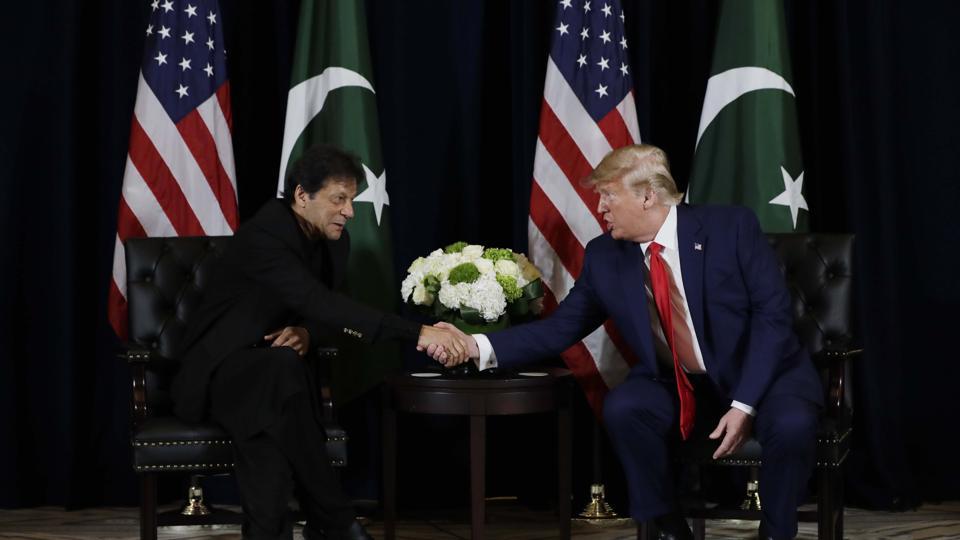 "I immediately spoke to President Rouhani yesterday after the meeting with President Trump. I can't say anything right now more than this, except that we're trying and mediating," he added.

In Saudi Arabia, which was hit earlier this month by attacks on its oil infrastructure blamed on Iran, the crown prince "also asked me to talk to the Iranian president", Khan said.

Speculation has been rife about a possible face-to-face between Trump and Rouhani on the sidelines of the general assembly, with France's Emmanuel Macron trying to broker what would be a historic meeting.

At a separate briefing to reporters where Trump spoke on Iran, he said: "They would like to negotiate. It certainly makes sense but we haven't agreed to that yet."

Asked about Macron's involvement, he responded: "He's also talking to us, a number of people are.

But pressed on whether he had asked Khan to get involved, Trump said: "Well, he'd like to do that and we have a very good relationship and there's a chance that that could happen.

"But no, I haven't spoken -- he actually asked me, he thought it would be a good idea to meet and we're here, we're in New York together and we have the time to do it, although we've done a lot of bilats in the last two days."

Pakistan traditionally has strong relations with Saudi Arabia but also maintains ties with Iran, with Islamabad representing Tehran's consular interests in the United States in the absence of diplomatic relations.

The leaders of France, Germany and Japan were all also meeting Rouhani and Trump at the UN in hopes of reviving diplomacy. (PTI)