The actor will be seen playing the role of Chintu Tyagi an idealistic husband from Kanpur, and going by the poster Kartik seems to have adapted to the character really well. In the first-look, the 'Sonu Ke Titu ki Sweety' actor is wearing a blue shirt and pants along with a cross-shoulder sling bag. He sports a moustache as he rides a bike while giving a naughty wink.

The poster describes him as 'Pati.' 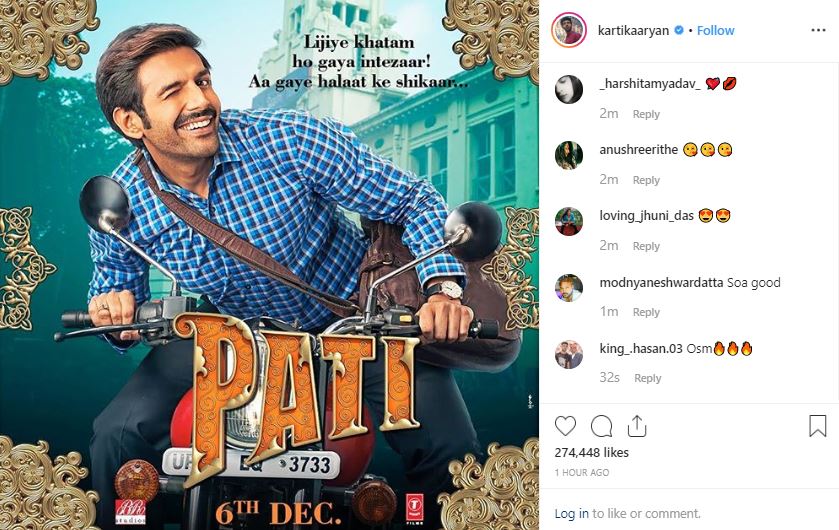 "Oh My God... what a smile? Meet #ChintuTyagi from Kanpur, an idealistic husband," Kartik wrote in Hindi on Instagram.

Earlier on Saturday, Sunny Singh reunited with Kartik to play a role in the film. 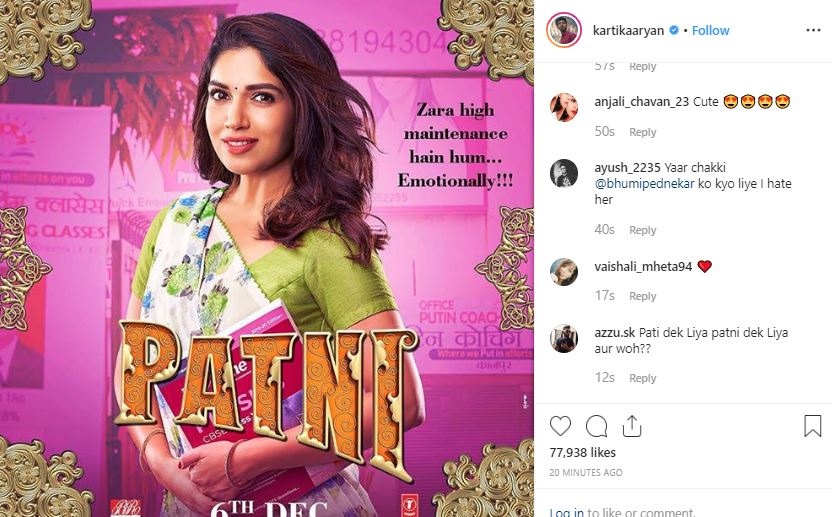 The film 'Pati Patni Aur Woh' which also stars Ananya Panday and Bhumi, is being directed by Mudassar Aziz, who has previously helmed films like 'Dulha Mil Gaya', 'Happy Bhag Jayegi' and 'Happy Phirr Bhag Jayegi'. The film is an adaptation of the 1978 drama of the same name, which featured Sanjeev Kumar, Vidya Sinha and Ranjeeta Kaur in the lead roles. The original one revolved around a married couple Ranjeet (Sanjeev) and Sharda (Vidya) and how things change after he gets involved with his secretary Nirmala (Ranjeeta).

The upcoming film is slated to release on December 6, this year.(ANI)