Prime Minister Narendra Modi lashed out at his political rivals, saying for BJP, politics was not for the sake of votes as it considered the country's development as the top-most priority.

Shahanshahpur: Prime Minister Narendra Modi today lashed out at his political rivals, saying for BJP, politics was not for the sake of votes as it considered the country's development as the top-most priority.

Addressing a public meeting after inaugurating a 'Pashu Arogya Mela' (cattle health fair) here on the second day of his two-day visit to his Lok Sabha constituency of Varanasi, he also promised to double farm income and provide homes to the homeless by 2022.

He said his government had "waged a war" against black money and corruption, for which the poor has had to suffer because of "the loot" by the dishonest.

"Our (BJP) politics is not for votes, our culture is different. In politics, people do only that task which yields votes, but our character is different. 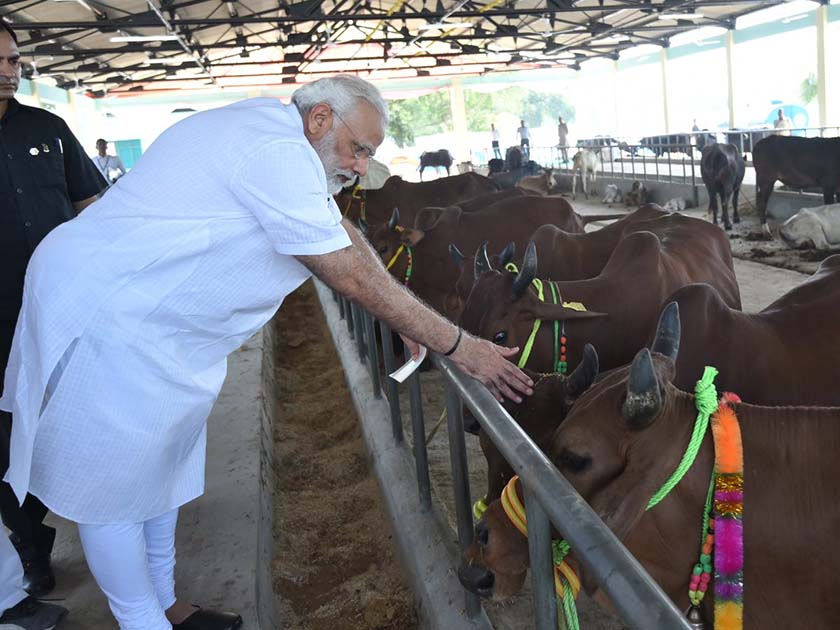 "Some politicians work only when it fetches them votes.

But we have been brought up in a different culture. ... For us, the nation is above all and it is our top-most priority, not votes," Modi said.

Referring to the mega animal fair being organised for the first time on 1800 acres of land here, he said "these animals don't go to cast their ballot. They are not anyone's voters."

He said proper healthcare of the cattle through such initiatives, would help increase milk production in India which is lower than in several countries. 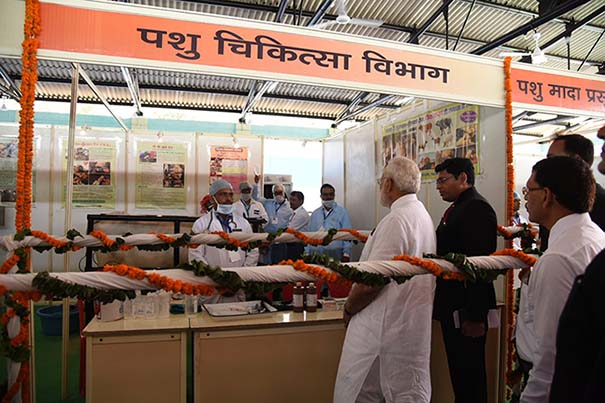 Encouraging the farmers to adopt dairy farming (rpt farming) and animal husbandry as alternate sources of income, Modi said such initiatives would lead to "a new path of progress" that would not only raise farmers' income but also the overall national (rpt national) income.

Maintaining that crores of families are still homeless, he said the government has decided to provide each of the urban and rural poor, a shelter by 2022 when the country celebrates 75th year of independence.

"When crores of houses are built across the country, it will require bricks, cement, iron and wood. It will generate jobs for thousands and open up new avenues of income and employment," the Prime Minister said.

Modi, who distributed Pradhan Mantri Awas Yojana certificates to some beneficiaries, said "By 2022, every poor, whether in urban or rural area, will get a home. Building crores of homes will generate jobs and income." 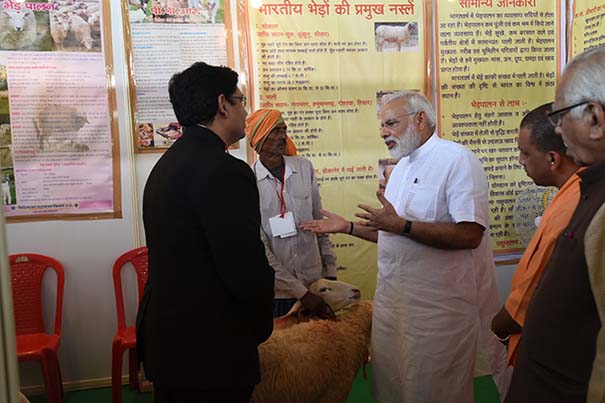 "If Modi will not take up such an arduous task, who else will," he posed.

He also targeted the erstwhile Samajwadi Party government in Uttar Pradesh for not providing to the Centre the list of homeless requiring houses in the state.

"The previous government had no interest in giving homes to the poor. After mounting pressure, they gave a list of only 10,000. But the current (Yogi Adityanath) government has given a list of lakhs of people to avail benefit," Modi said.

Referring to his government's cleanliness drive, he said toilets at home can save up to Rs 50,000 per annum as per a survey. 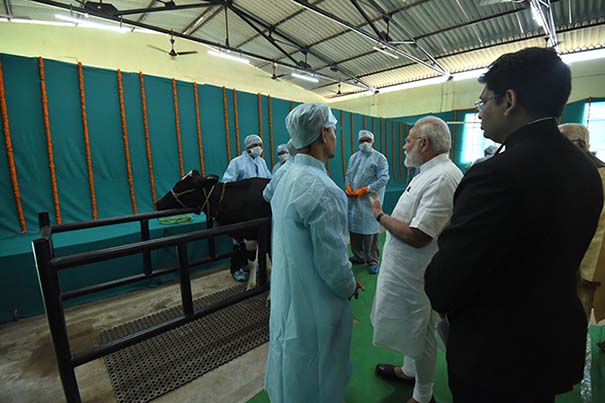 Praising villagers where he went to lay the foundation of a toilet for naming it as "Izzatghar", Modi said, "I liked this word so much. Where there is Izzatghar, there is honour of our mothers and sisters. I also congratulate the state government for recognising it as Izzatghar. In the days to come those who are concerned about their honour, will construct more Izzatghar."

Thanking Chief Minister Yogi Adityanath for organising health treatment for cattle, Modi said the animals were brought here from different places and specialist doctors are here to treat them.

"I hope such programme for health of cattle will be held across the state through which we will take care of cattle of poor. It will be a relief for them," he said.

Modi said such camps would help poor farmers who could not afford treatment to their animal because of poverty and pointed out that dairy farming would give them major economic support. 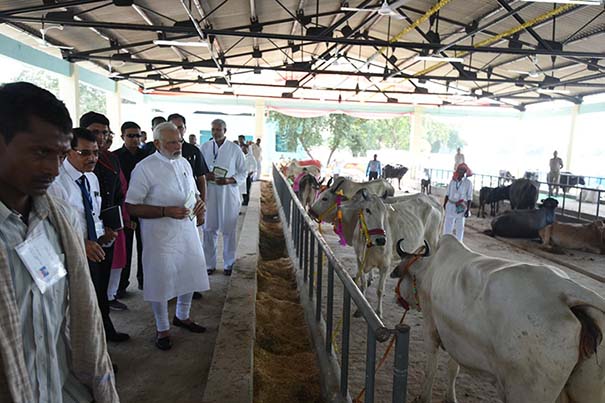 Earlier, he went around the animal shelter and even patted some cows at the 'gau shala'. He spoke to the staff there enquiring about their work.

Modi said that the government has kickstarted a big battle against blackmoney, corruption and dishonesty.

"A common honest man suffers as corrupt used to loot him.

The campaign of honesty is going ahead like a festival. The way in which our trader brothers are associating with GST and Aadhar. Every penny of the people will be spent for their welfare. We are moving forward fast," he said. (PTI)